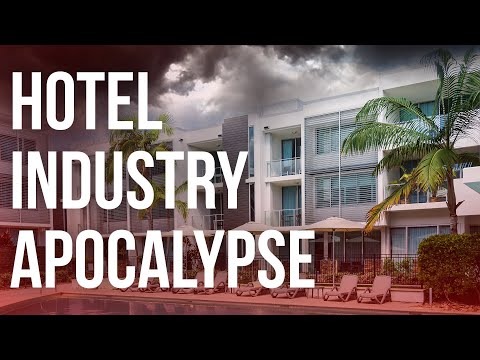 7 views
5 min read
Add comment Watch LaterRemove Cinema Mode
FacebookTwitterRedditPinterestEmail
For decades, preppers have debated the merits and downfalls of bugging in versus bugging out. In reality, there is no one clear answer. Rather, you must take things on a case by case basis, and be ready to determine on a moment’s notice which option is best. Anyone who plans only to bug in or only to bug out is not properly prepared for a crisis situation.

Bugging in has significant upsides. For one, you are already familiar with the area and its residents, so you will not find yourself having to adapt to new territory on the fly. Furthermore, you don’t risk abandoning your home and the majority of your carefully stockpiled supplies that you are unable to carry on the go. There are plenty of vulnerabilities that come with being on the open road, and you never know who may enter your house and steal supplies or valuables in your absence.

However, there are a number of events that signal bugging in will only lead to greater risks, and that’s when it’s time to take your chances with bugging out. If you’re well prepared, the process will be much smoother as well as safer.

One key point with bugging out is that it’s best to do sooner rather than later. The more delayed your departure, the more you risk the situation worsening too severely to allow for a practical–or even possible–escape. That’s why any prepper should constantly be on the lookout for tell-tale indicators that pose a serious threat.

In this video, we are going to explain in detail just what those indicators are. It is crucial that you remain alert for such events and remain ahead of the curve, because once they’re underway, there will be no time to spare in hitting the road.

1. You’re Ordered to By the Authorities
The first indicator is also the most obvious. If the authorities are demanding that you leave your residence, there are essentially no options left. Even though obeying the orders may seem dangerous, it is still a safer option than causing unnecessary trouble…

2. A Massive Storm is Approaching
This event ties in with number one on the list. A dangerous weather event like a hurricane, if severe enough, can prompt evacuation orders from local governments. Even if they do not make these orders mandatory, you may want to evaluate the safety risks of staying versus leaving for yourself to decide if bugging out is a smart move…

3. Steadily Increasing Civil Unrest
Some may assume that just staying home and avoiding the protest hotspots is enough to stay safe, but locked doors won’t stop a mob. If the protests in your area seem to be escalating out of control, it’s a good time to hit the road.

4. Martial Law
Once martial law has been declared, it is likely too late to do anything about it. Still, if you are constantly aware of your surroundings, you may be able to anticipate such an event before it happens. That’s why it is all the more crucial to avoid martial law before it is too late. Once it is imposed, your personal freedoms virtually disappear. Law enforcement agents would have the power to strip you of personal possessions such as your carefully acquired supplies or your self defense mechanisms. At that point, you would be forced to join the general public in long lines for food and other basic necessities if you wanted to survive…

5. The Top Leaders Disappear
Major world leaders are some of the most powerful–and therefore, the most protected–people on the planet. If you notice that significant figures no longer appear on TV, that is a serious red flag…

6. Troops Show Up on the Border
If the US border starts seeing the arrival of foreign or United Nations troops, that is a signal that something has gone seriously wrong…

7. Epidemic
This indicator has already arrived, and even worse, it has moved beyond an epidemic concentrated in several hotspots to become a full blown, worldwide disaster. Of course, the necessity of bugging out depends on how severe the medical risks actually are. As for the current pandemic, the health risks are not necessarily high enough to justify leaving your home.

8. Shortages of Key Items
This indicator also sounds familiar, as many Americans have noticed grocery store shelves that occasionally grow empty in particular sections. Earlier in the pandemic, there were runs on toilet paper. More recently, other staples like aluminum cans, soda, flour, canned soup, pasta, and rice became very difficult to find. Given that some of these goods are high on any prepper’s list of essentials, their absence is an indicator of turmoil to come.

9. Major Stock Market Crash
Almost as soon as stock markets collapse, things will spiral out of control. With limited resources, people will quickly turn on one another. If you think the protests we have seen so far are concerning, they would hardly hold a candle to protests in the wake of a total stock market crash..