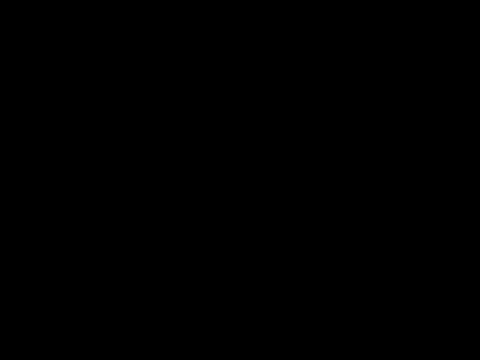 6 Scary Charts About The Economic Collapse 2020: Be Prepared!

13 views
4 min read
Watch LaterRemove Cinema Mode
FacebookTwitterRedditPinterestEmail
We are well aware that the current health crisis was a major catalyst for an unprecedented economic collapse that is only increasing each day it goes by.

However, this massive economic meltdown was expected to happen way before this situation had hit American soil, and long before the lockdown had started. Even though the stock market stands by the belief that this is a short-lived misfortune – while relying on the Fed’s constant liquidity injections – in the following charts that we are going to present to you, it is possible to see how brutally the economy has been affected so far.
To start, this first chart displays how the employment-population ratio had hit its lowest record ever documented since this data started to be registered, in 1948. Last month, it marked a sharp drop of 51.3%, making the US dependant on the smallest percentage of its population ever reported. This is the percentage of workers who are currently carrying the whole American economy on their backs, because, with over 35 million people out of their job posts, America is now facing its highest unemployment rate of all times.
Many analysts have been firmly affirming that these numbers will keep climbing until, at least, mid-June, due to the lack of results on the governmental measures to prevent the spread of this infectious disease, leading to a prolonged status of lockdown, and resulting in many businesses shutting their activities down to avoid further contamination and potential lawsuits.
Also, in the second chart we can observe how unemployment benefits as a percentage of total individual income haven’t been enough to reduce the economic collapse caused to workers in consequence of the sanitary outbreak. These benefits are supposed to act as a safety net to ease the economic pain suffered by workers when they are out of a job.
The recent data had shown that the American citizens are receiving much less help than they did during the mid-1970s crisis or even the Great Recession of 2008-09. Even considering that jobless rates back then were much lower than the current ones. Although April benefit numbers were not disclosed just yet, this prospect isn’t likely to be changed and workers still won’t be receiving all the help they need at any time soon.
Which takes us to chart number three. Here we can see a relation of how often a dollar is spent to buy goods and services per unit of time, a standard traditionally known as Velocity of Money. The lower the rate, the higher the economic fragility, taking into account that this measure represents the transactions that occur between individuals, and as we have just seen on the previous chart, these operations are decreasing as unemployment rates are soaring.
As we previously addressed in our videos, if a properly developed policy isn’t issued to prevent further crashes, these factors are going to interfere with one another and create larger chaos. Meaning that if workers don’t come back to the job market and earn paychecks soon, and without enough consumers to keep the economy going, companies will lay off even more workers, so the number of consumers will decrease even more.
Though this decline has been happening for many years, with a slight recovery in 2017, at the present time, this indicator is likely to deal with a deeper fall, as GDP plunges and colossal infusions of monetary and fiscal help continue to inflate the system, proving that a lot more money is needed to actually have a stimulative effect, additionally, determining that the ongoing money printing policy isn’t sufficient to put the economy back on its feet.
Correspondingly, the fourth chart presents how central bank assets are being used in an attempt to boost the economy. The Federal Reserve has been manipulating its balance sheet in an “unconventional” way since the Great Recession, but its efforts to unwind this monetary policy have not been successful, doubling its numbers instead of averting a liquidity crisis.