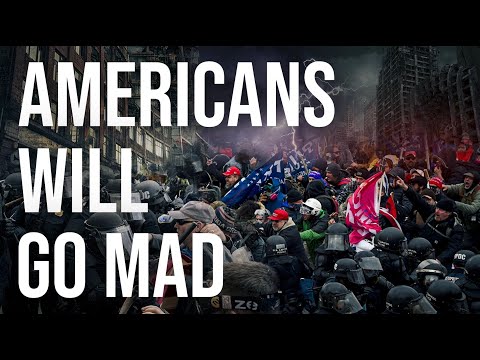 A New World Monetary Order Is Coming! Be Ready For Global Currency Reset

11 views
4 min read
Watch LaterRemove Cinema Mode
FacebookTwitterRedditPinterestEmail
Digital dollars are coming, and financial strategists are highlighting this could be the opportunity central banks needed to generate a new world monetary order and finally trigger the global currency Reset. In this video, we expose how the Fed’s alleged good intentions may be masking a huge spike in inflation that will not only collapse the paper dollar as it will severely damage the American standard of living.

The exponential rise of debt, the increasing dependency on the government, and the expansion of central bank interventions into markets and the economy are some of the most problematic tendencies that were boosted in the current economic collapse. Now central bankers seem to be ready for their greatest power move ever. The Federal Reserve is about to launch Central Bank Digital Currency, as the International Monetary Fund has called out for a new “Bretton Woods Moment”.
Throughout the current crisis, the Fed got rid of its regulatory dual mandate of full employment and steady prices and given itself unrestricted powers to inject stimulus and bailout cash whenever it’s convenient. The Fed has been openly engaging in an inflation-raising campaign aiming to generate 2% annual inflation for an undefined period. The next step is the creation of a central bank digital currency, dubbed as “FedCoin”.
Even though authorities endorsement of the digital dollars might seem to be driven by generous intentions, whenever bankers and politicians give grand statements about a controversial matter, especially one that could supposedly provide so many solutions for current issues, they usually hide the fact that some freedoms might be at stake.
In simple terms, CBDCs can simply enforce negative interest rates for everyone. The Fed would be able to deduct interest from your digital wallet. And due to its ability to make direct payments, CBDCs would allow central banks to bypass the entire banking system, making it obsolete which, consequently, could spark a major banking crisis and exacerbate financial chaos in the markets.
CBDCs are the perfect cue to fully implement modern monetary theory. As a result, the central bank would become a tax collector and funder of all government operations, circumventing your local fiscal system and taking money directly from your wallet. The appeal of CBDCs is mainly linked to the introduction of Universal basic income (UBI), which is part of a government program that would provide free money to every adult on a regular basis.
But, of course, all of this generosity wouldn’t come without a catch. UBI is a synonym for more money printing, and therefore, to huge rates of inflation. And since inflation is a hidden tax, people wouldn’t be aware of the deterioration of their purchasing power and standard of living until it was too late.
On top of that, if the debasement of the paper currency through the inflation tax isn’t enough to hit the Fed’s inflation target of 2%, the central bank could also create an additional tax to dollar-holders in the form of negative interest rates.
Since people will only be able to spend the CBDCs using the digital app on their phones. This means the government will monitor, track, and record every single transaction you make. Through the CBDC, central banks would have the power to approve or deny any of your transactions.
Taking into account that all dollars in circulation are issued by the Fed, and their ulterior motive regarding the creation of a digital dollar is interconnected with the complete obliteration of paper money, the “FedCoin” will not be backed up by real dollars, which means it will not be seen as a stable, reliable currency in the markets.
All of these factors play an essential role in the “global currency reset”. Don’t be mistaken, the Fed’s digital dollars represent a warning sign that the current fiat system is going to be crashing down soon and the new norm will be digital money, digital socializing, complete public tracking with total ostracism of those who don’t comply.