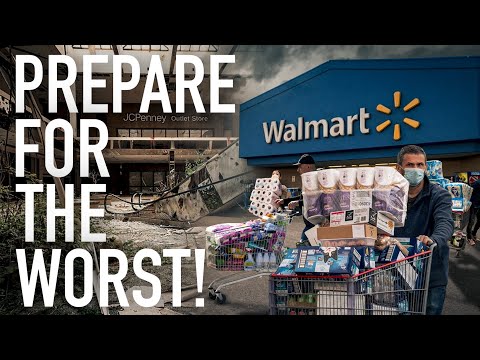 1 views
4 min read
Add comment Watch LaterRemove Cinema Mode
FacebookTwitterRedditPinterestEmail
Every month of 2020 has brought a different disaster in extraordinary proportions. Many of us have been waiting to see what events would be unfolded in September, considering everything that has been piling up until now. The evidences are pointing to an imminent stock market crash, which is likely to be triggered by the end of the month. Even the most enthusiastic market supporters are now admitting that the proportions of the bubble that has been created throughout the summer are completely ground-breaking and it probably wouldn’t be sustained for much longer without bursting.
As we mentioned in previous videos, many signs are stressing that it is only a matter of time before a major stock market crash comes.In today’s video, we’re going to show you how these signs have developed over the past days, and – SPOILER ALERT- things have gotten even uglier. It’s impossible to escape from a stock market crash at this point, so stay with us and enjoy your daily dose of gloominess.
Over the last trading sessions, stock prices have dramatically plummeted. Analysts have been discussing that things can stabilize for a little while before everything starts to collapse again, as we know, it’s the calm before the storm. Whether the crash will be triggered this month, the next, or towards the end of the year, it is happening and it will drag things down the rock bottom.
Last Tuesday, some indicators already outlined a considerable decline in the markets. The Dow Jones Industrial Average dropped another 632 points, but that was just the tip of the iceberg. Much more alarming was the fact that the Nasdaq fell further 4.1 percent, meaning it has now shrunk over 10 percent since last week, when it had hit a brand new record high.
This has only happened two times since 2001. It is very unusual for the Nasdaq to fall at such a fast pace over the course of three trading sessions, and the index is now officially in correction territory, with some pretty daunting losses. The six biggest tech stocks have been hit particularly hard, with losses adding up to 1 trillion dollars during a three-day stretch, right after coming off a huge rally that peaked last week.
As reported on the news, “Apple, which hit a $2 trillion market cap on Aug. 19, is down about $325 billion in that time period. Microsoft’s down $219 billion, Amazon fell $191 billion, Alphabet cratered by $135 billion, and Tesla, which fell 21% on Tuesday to mark its worst single-day loss in its history, is down $109 billion in the last three days. Finally, Facebook is off by $89 billion.”
That is to say, in less than a week, one trillion dollars were gone and if you have trouble imagining how much would that be, we’ll quote once again the clever and spot-on comparison Michael Snyder has made in the latest article of his blog: “A trillion dollars is a serious amount of money. If you had started spending a million dollars every single day when Jesus was born, you still wouldn’t have spent a trillion dollars by now. So we are talking about a giant pile of money that is almost unimaginable.”

If we analyze this data according to history, this is a marker for a downturn of at least two-thirds in stock prices in the long run. Also, historically, it is during the fall that the market faces the biggest waves of volatility. So, at the moment, all we can do is wait to see what will be the trigger that will push the stock markets over the edge, because there are so many determinants to this crisis that are stacking up that it won’t take too long before everything finally collapses. Are you preparing yet? Fell free to share your thoughts on the comment section down below.