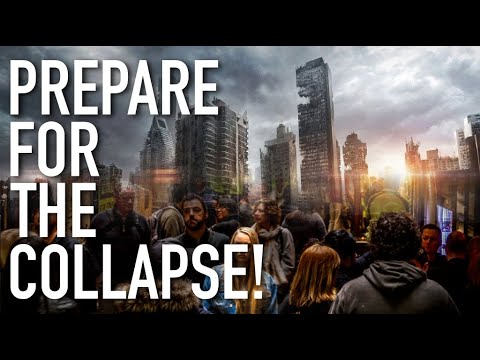 1 views
3 min read
Add comment Watch LaterRemove Cinema Mode
FacebookTwitterRedditPinterestEmail
Throughout the past few weeks, more than 22 million Americans have applied for unemployment insurance, an absolute historic record. Even before the crisis, the number of orders had reached 600,000 in a week, but now, this count easily exceeds millions. According to The Wall Street Journal, a second round of layoffs has started in the US. Since the lockdown has begun its effects were alarming and in a four-week-gap, 22 million workers became unemployed.

At the first moment, the main victims of the lockdown effects were the most unprotected financially such as retail employees, and those who worked in places that needed to be shut down due to the disease-spreading, such as malls, hotels and restaurants. But many workers who thought their job positions would remain intact until the end of this economic crisis were caught on the wrong foot with a second wave of layoffs. On the report, lawyers, government and even health care workers who aren’t involved in fighting this crisis are now facing huge uncertainty about how long their jobs are still going to be safe, because it’s only a matter of time until they’re affected too. So far nearly 22 million Americans have reached for unemployment benefits in the past four weeks, exceeding any other period of mass layoffs recorded in history since World War II. The chief US economist of Oxford Economics, a UK based forecasting and consulting firm, Gregory Daco, foresees that 27.9 million jobs will be lost, and industries other than those ordered to stop their activities will account for 8 million to 10 million, a level of job destruction compared with the great recession.

The longer unemployment stays high, the greater the hardship will be, as health insurance and unemployment benefits run out. The biggest question about the job perspective now is how long it will take for jobs to recover, which depends a lot on how long the disease control and social distancing measures will last. The consensus among economists surveyed by the Journal is that employment will return to the level it was in February 2020 in roughly 27 months, but the outlooks varied widely.

As maintained by economist Amy Crews Cutts, of AC Cutts & Associates LLC, it is expected that the labor market takes 5 and a half years to fully recover. Even if the enormous scale of job cuts don’t worsen so bad in the future, there is “an extraordinary number of jobs to reverse and put back into the economy,” she said.
Colorado and Washington require large employers to specify whether layoffs are temporary or permanent and this year, 70% have been temporary. In the previous recession, less than 1% were. But we well know that in this moment we are all at, time doesn’t seem to be an ally anymore.

Of course this is just only the beginning of the end.  All of the economic and financial bubbles are bursting, and this is going to cause severe distress on the national, state, local and community levels.

All of the dominoes are going to be falling, and we are going to see financial chaos like we have never seen before.

We could have avoided this scenario if we had learned our lessons from the last financial crisis and had fundamentally rebuilt our financial system from the ground up using sound economic principles.