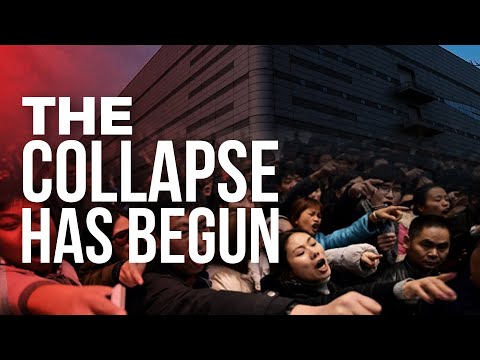 7 views
4 min read
Watch LaterRemove Cinema Mode
FacebookTwitterRedditPinterestEmail
Chinese banks are in the list of entities that will be punished for serving the Chinese officials who are enacting the national security law in Hong Kong. These Chinese banks will be sanctioned by the United States and this means that they will be cut from accessing some privileges in the financial world. This is a nightmare for the Chinese financial sector considering the fact that the Finance sector in china is not as developed as that of the US.

It has been reported by Reuters that the worst case scenarios that is being considered by the Chinese commercial banks and the Industrial commercial bank of China (ICBC) will be being cut out of the dollar based system. This means that they will be cut out of the dollar and as a result they will not be able to access US dollar settlements.
In the worst case scenario, these banks are also considering the fact that their customers would over react should the branches in Hong Kong run out of the US dollar currency. One of the major news sources has also reported that if 500,000 rich Hong Kongers leave the city, the Hong Kong Dollar peg to the US dollar would collapse and this would be disastrous to the Hong Kong economy. Possibly this can end up causing the biggest financial crisis in the history of Hong Kong. If these Chinese banks are cut out of the US dollar, experts are warning that the spiral that happened to the Iranian banks might happen with some of the banks operating in China. For many times since the 1979 Islamic Revolution, the Iranian banks have been hit by the US sanctions and this has had a serious effect to the economy of Iran. Experts are warning that if this happens, the financial sectors in Hong Kong and the mainland China will be affected in a big way. In this state, it is clear that the Chinese banks are hoping for the best but still preparing for the worst because what is going to happen is still unclear. In a recent reportage Reuters also said that these contingency plans are being initiated by the banks themselves since they have the most to lose in case the United States triggers a massive bank run in Chinese banks.

Because of implementing the security law in Hong Kong, the Chinese financial sector and economy at large will suffer from the US sanctions. Other countries in the Indo pacific region like India are also not happy with the increased Chinese aggression in the region and as a result, there is a big call to boycott Chinese products and technologies. China has lost the global trust and for this reason, many nations are boycotting China and this is the reason why Chinese companies like Huawei have been banned in many western nations. Because of this, the Chinese economy will suffer and this means that the overextended growth of the Chinese economy will not be sustained for long. The Chinese economy is already on the verge of a collapse and the US decoupling with China in the financial sector might be the final blow. The United States and other western countries are boycotting China in a very strong way and with the current bill, the China’s financial sector will be hit in a big way. Probably this will trigger a financial crisis within the China’s bubbled economy. If China will be cut out of the SWIFT or denied access to the US dollars, bank runs will be the new normal in China and the Chinese economy will suffer a permanent damage.