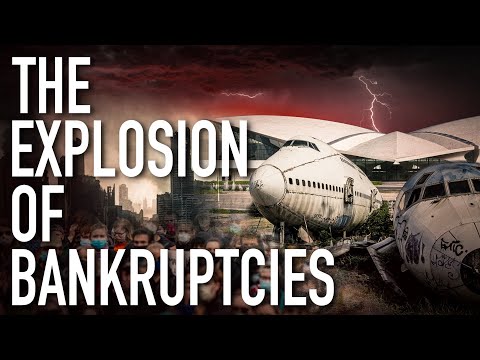 Alert Von Greyerz Warns You Can’t Avoid The Final Economic Collapse! There Is No Solution !!

8 views
4 min read
Watch LaterRemove Cinema Mode
FacebookTwitterRedditPinterestEmail
We’re diving into an unavoidable economic collapse, and in today’s video, we’re going to discuss with you about what is coming next for this period of great uncertainty and the dilemmas that are carried with it.

We’re bringing updated data on how the final collapse will be influenced by the factors that are being neglected by our leaders, examining how the unemployment rates can be a reflection upon a broken system, and showing you evidence that no, they cannot say that they couldn’t see this coming.
The government and the elites little have done to actually improve our quality of life during times of crisis – and if it wasn’t evident before, I assume it might have become apparent to you by now. They’re only worried about not compromising their profits and take irresponsible actions that are nothing but a band-aid laid upon an exposed fracture. Moreover, we’re going to analyze how the perspective of the future has been transforming week after week because it’s become an impossible task to predict all the layers of this situation.
It is totally outrageous that stock market investors are acting so recklessly while a human tragedy is happening all over the globe. As Egon von Greyerz has correctly pointed out, it seems that they are totally oblivious to the world economy. They’re placing finance above everything else, and only focusing on profiting from the liquidity injections that are making money worthless. For them, money printing is merely a new fashion for big conglomerates to boost their revenue without having to produce any goods. They’re completely disconnected from what is really going on in the real world, just because they can.

The second stock market crash can happen over the course of the next few weeks, but whenever it arrives, this new collapse will be at least as disruptive as the initial coup for investors, with a long-term downturn of over 95% in stocks.
Taking a look at the Dow/Gold ratio, it is possible to see that it topped in 1999 at 45, and now is at 13.7. This ratio has been in a correction up since 2011, and it is very alike to the correction in the 1970s, now returning to a downslide.
This 200-year graphic allows us to see the magnitude of the scale of the moves. Ever since the Fed was created in 1913, and there was a closing window for gold in most countries, it is possible to observe that major swings and tops and bottoms are much more exaggerated than before 1913. This is the result of the constant interference of central banks and their manipulation of markets. The markets aren’t actually tangible nowadays. Prices are set in a dystopian virtual landscape, and with credit expansion and fake money printing, we now have fake prices in virtually all instruments. And if you’re still skeptical about that, just wait and you’ll see how things will unroll from now on on the markets.

If we consider that the Dow drops to 10,000 over the course of the next years, with a Dow/Silver ratio of 6, it would be possible that the silver price hit $1,666. Usually, the moves in the metals are always led by silver. In March, the gold/silver ratio has come down from 126 to 110 at the current time, and it seems to be going further down soon enough. Silver is now increasing a little faster than gold, which is what is expected when the uptrend in the metals starts again.
That is to say that a major turn up in gold and silver is about to happen. All the evidences are there, with investors starting to hold to metals again, because they know money will soon become worthless paper, so they’re looking for financial survival and wealth protection against an economic collapse, and if you have the chance, maybe that’s what you should do too, while you still can.