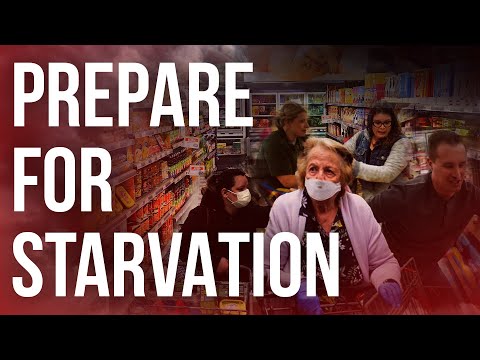 America Is On The Brink Of A Major Bank Collapse! Be Ready For The Coming Apocalyptic End Game

17 views
2 min read
Watch LaterRemove Cinema Mode
FacebookTwitterRedditPinterestEmail
A threatening banking collapse is unfolding right before our eyes and experts alert this might spark the worst financial crash and the deepest housing collapse in history. Months in a deep, challenging recession, we’ve already seen several damaging disruptions to our economy such the record unemployment, failing small businesses, and the broken supply chain. However, lockdown repercussions are still triggering further threats to our already beaten economic scenery, and those might be silently sitting on the balance sheets of the big banks. According to specialists, a looming banking collapse is unfolding, and its effects could be cataclysmic.
Their warnings have generated a heated debate over whether a banking crisis in the same mold as that witnessed during the 2008 global financial crisis is just around the corner. That’s why today, we decided to investigate what has been going on in this industry to understand the implications of this broad-spectrum meltdown. So stay with us, don’t forget to give this video a thumbs up, share it with friends, and subscribe to our channel to keep updated with the next chapters of the 21-century depression.
A while ago, Berkeley law professor and ex-Morgan Stanley derivatives structurer Frank Partnoy released an article explaining how a banking crisis has been quietly developing in the US economy background, and its effects could potentially lead to a much more dramatic disaster than the one unfolded in 2008. “You may think that such a crisis is unlikely, with memories of the 2008 crash still so fresh. But banks learned few lessons from that calamity, and new laws intended to keep them from taking on too much risk have failed to do so,” Partnoy disclosed. “As a result, we could be on the precipice of another crash, one different from 2008 less in kind than in degree. This one could be worse.”
You may be wondering why this time around things could be worse? Haven’t banks learned their lessons from prior crises and tightened regulations? Well, according to Partnoy, they did learn some lessons, but that doesn’t mean they won’t make the same mistakes.
Economic Collapse News