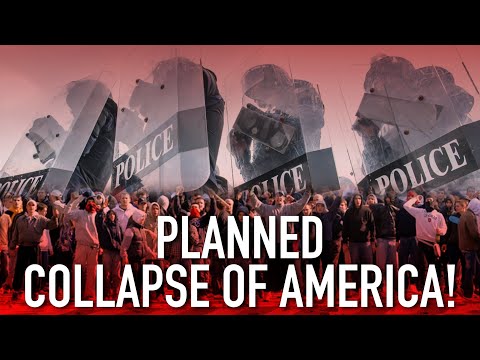 15 views
4 min read
Watch LaterRemove Cinema Mode
FacebookTwitterRedditPinterestEmail
As has become the world’s new normal, this week’s news was yet another long march of troubling economic collapse news and pessimistic predictions. Experts and economists that spent months forecasting a speedy economic bounceback after the health crisis abates and businesses are able to reopen have changed their tune in recent weeks as it becomes clear that it won’t be so easy. However, one prominent voice reflected the opposite opinion. Nobel prize-winning economist Paul Krugman was quick to join the generally dreary conversation with new assurances that there is still hope and prosperity ahead.

In this video, we’re going to discuss different expert predictions and let you know which ones are worth listening to and which ones fall flat, too bloated with false optimism to become reality in this flagging global economy. We will show the signs pointing towards the next great depression, and where those in power went wrong.

Paul Krugman, a world-renowned economist with extensive work in the niches of international trade and economic geography, suggested that existing models of economic trends and troubles may not be entirely accurate in dealing with this new and unprecedented situation. He said that the current economic collapse holds much in common with the 1979-82 economic slump, which was followed by a much quicker return to stability and prosperity than was seen in other crises such as the stock market crash of 2007-2009.

Furthermore, this deficit spending is being financed by Fed credit created out of thin air. This scramble to keep things afloat now is short-sighted, and fails to account for the inflation and economic collapse that will play out as direct results.

Krugman said that, in the context of this depression, more conventional responses like stimulus or tax cuts won’t work. Instead, he argued that we should be focusing on safety-net issues.

In the present moment, the economy and the financial system as a whole is in serious danger. Despite Krugman’s claims, this depression will not be cyclical. This is a full societal breakdown, and it is too far gone to be undone now.

As we continue to charge down this path to economic collapse, numerous questions arise. Will financial assets inflate like they did following the 2008-09 bailouts? Alternatively, as free money is being handed out to US citizens, will consumer prices inflate? Will the Fed’s money printing strategies produce an economic boom or will the economy stall as inflation rises to unbearable highs?

A recent poll released by the US Census Bureau found that at least nine million American households where children live at home do not have food security. Those nine million households each reported that they worried they would not have sufficient supplies to keep their families fed over the next month. To make matters worse, millions of citizens are also experiencing housing insecurity, largely due to an inability to make rent payments on time.
Food banks across the country are struggling to stay at pace with an ever-increasing demand for food, while donations also dry up as Americans try to reserve supplies for their own households and families. According to the data, more than nine million households are “not at all confident” that they will be able to afford food in the next month, but the numbers jump even more when the wording is changed to only “somewhat confident” about their food security–then topping out at approximately 18 million households.

A shocking 74 percent of families in the United States are now living paycheck-to-paycheck as the federal government’s hesitance to offer assistance caused widespread panic and suffering. A one-time direct payment of $1200 is simply not enough to sustain most households.

And the effect of these strains on Americans may extend beyond the crisis at hand and inflict lasting damage on the mental health of many.

A Census survey taken earlier this month found that a third of Americans have begun to exhibit signs of clinical anxiety or depression since the pandemic began. People face the risk of being evicted from their own homes if they can’t pay their rent due to job loss, of being unable to pay for necessary medical care after losing employment insurance plans, and many other worries. They can not look to their government for relief, as there is no guarantee of payments extending through the entire duration of this crisis.

So, what’s coming will be nothing short of a full societal breakdown, marked by angry protests and other backlashes. When the weekly $600 checks stop showing up this summer, with no further $1200 stimulus payments yet approved, and continued government bungling of the pandemic response, the social reaction will be far from positive, and likely far from calm or reasonable.
Economic Collapse News