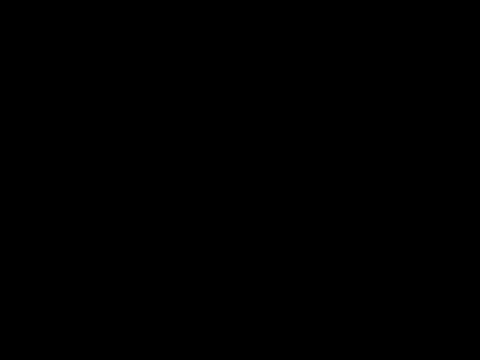 20 views
4 min read
Watch LaterRemove Cinema Mode
FacebookTwitterRedditPinterestEmail
America’s economic future is doomed: the alarming labor market crisis and the enormous national debt will compromise the U.S. economic progress for decades. Experts are signaling the effects of the current economic collapse will be seen until 2050 due to reckless monetary policies that have condemned our economy to eternal debt. While investors say despite who takes the lead of our nation, more easy money will have to be unleashed in the markets to alleviate the damages experienced this year, portraying the American never-ending cycle of debt creation. In this video, we gathered the latest data which shows that many aggravating determinants are still unfolding and this crisis is far from over.
2020 has been a decaying year for the U.S. economy and any prospects of ending it on good terms have been smashed, and it’s hard to foresee whether the economy will be able to gain any traction soon. For that reason, Moody’s Analytics and CNN Business developed the Back-to-Normal Index (BNI), which found the economy is operating 20% below where it was when the crisis burst – a very long way from normal levels.
Their analysis linked confirmed infection rates with unemployment rates across states, and an increase in registered cases lead to fewer jobs and higher unemployment one month later. Now that the cold season has been limiting consumer spending, and more lockdown restrictions were issued, this will impact business owners ability to stay in business, which will then, translate into more bankruptcies, business closures, and another surge in unemployment rates.
Another round of lay-offs will put the labor market in a very critical position, fueling a job crisis that will only grow as the economic outlook gets tougher, which means it may linger for years. Economists predicted the US economy would add 600,000 jobs in October, and the unemployment rate was expected to drop to 7.7%. However, when new data was released last week, it crushed all expectations, showing private employers added only 365,000 jobs in October. Meanwhile, the escalating number of workers that have exhausted their state benefits and rolled onto alternative government programs emphasizes that there’s no escape for the economy other than the issuance of more federal aid.
While the administration and Congress fail to come to terms on providing more help to those who were hit the hardest by this downturn, the economic deterioration continues to expand. At this point, there’s no other alternative to lessen the damages experienced this year than the agreement on a legislation to provide substantial additional fiscal support, including more aid to the unemployed, small businesses, the airlines, state and local governments and a long list of others. Without these additional funds, the already fragile recovery threatens to come undone. Until then, much could wrong, driving the economy off the proverbial rails.
The constant need for further federal assistance describes how the current monetary policies have trapped the U.S. economy in a never-ending cycle of debt. In order to save the economy, the Federal Reserve has to print more and more money to keep the markets heated and prevent a social calamity. However, the unprecedented amount of unfounded cash injected in the markets has not only enabled investors greedy behavior since they know they will always be saved by the central bank, as it also exacerbated the level of national debt.
Whoever takes the lead of our nation will not be able to avoid a policy of growing debt, but will likely encourage it even further. And America is far from alone in this downward journey, which means several other global superpowers are also drowning in debt, so the foundations for the next great global financial and economic crisis have been already laid out and this is only the first stage of the crisis. Experts say that by 2050, the U.S. public debt will be equivalent to 195 percent of its GDP
The continuous debt enhancement will lead to permanent budget deficits, gradually leading the United States into a very dangerous territory. That’s why many are warning about the next Global Financial Reset, since there’s a need to shift to a new, possibly digital monetary regime, with China as a front-runner, issuing the digital yuan, and the Fed announcing plans to release digital dollars. If global leaders fail to handle their nation’s mounting debt, default could drastically limit the ability of governments to address urgent concerns and that would lead to a global economic collapse.
Economic Collapse News