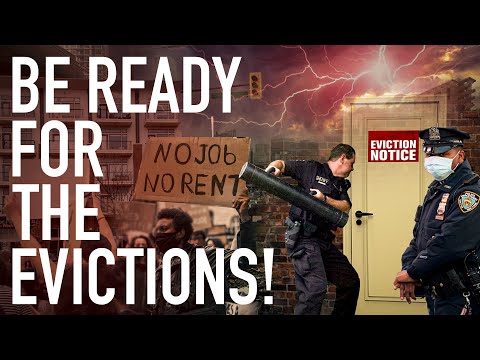 4 views
4 min read
Watch LaterRemove Cinema Mode
FacebookTwitterRedditPinterestEmail
In face of the expiration of the many programs that have provided a safety net to its citizens throughout the health crisis, America’s pride in the economy is about to be greatly shaken. Tens of millions are on the brink of eviction, the unemployment benefits alongside paid family leave benefits that have helped several households to stay out of poverty are going to end the day after Christmas, while student loan payment suspension is about to be removed, and relief funds for states are almost gone. The time span between the end of these programs and the issuance of new ones next year remains unknown. In the meantime, millions of lives are hanging by a thread.
Over 8 million individuals have fallen into poverty from the burst of the crisis up until this point and, unfortunately, without further emergency intervention, many more are to come. Impaired of working due to such unprecedented circumstances, hard-working Americans were left in the hands of government representatives that don’t seem to care enough about what happens to them. Now, unemployed and deep in debt, millions are likely to face a ravaging, highly contagious respiratory infection out in the streets and hungry. That’s what we talk about in this video.
Unless there is an emergency intervention between the last days of December and inauguration day on January 20, tens of millions of Americans could be expelled out of their homes – in an event that is being called by analysts as a huge wave of evictions. Once the holiday season is over, landlords will be able to file eviction requests due to the expiration of the CDC’s eviction moratorium. Many of them are on the verge of financial ruin since they couldn’t collect rent and, in turn, they could afford their mortgages. However, if the program isn’t extended, it could trigger a disastrous homelessness crisis all over the country, putting many lives in jeopardy.
According to Stout, up to 13 million households are at risk of eviction. Considering many of these households are composed of several family members, that accounts for up to 40 million people that could become homeless. Since the order does not cancel or freeze rent, all of the tenants’ accumulated rent debt will be due on January 1. In the absence of rent relief or an extension of the protection, several struggling renters will face eviction orders again.
Now, an uncertain future lies ahead because, in addition to the end of the moratorium, several other programs that assisted U.S. citizens during the current crisis are also about to be removed.
All three programs created under the CARES act to help jobless Americans will end on December 26, which means almost 20 million unemployed workers will lose the safety net that kept them afloat thus far. Moreover, paid leave benefits will be gone by New Year’s eve, and relief funds for states that helped them with outbreak-related expenses are set to expire by year’s end.
Furthermore, the student loan payment pause is about to be resumed by December 31. According to the Pew Research Center, young adults have been particularly hard hit by the fallout of the health crisis and the consequent economic downturn. As a result, they have been moving back in with their parents on a massive scale.
These new living arrangements are also being associated with an expansion of confirmed viral cases, considering most parents are part of risk groups. The impact of such sudden change also resonated on the U.S. economy, reflecting the importance of the housing market to overall economic growth. “The share of 18- to 29-year-olds living with their parents has become a majority since U.S. viral cases began spreading early this year, surpassing the previous peak during the Great Depression era,” the analysis highlights.
The phrase “since the Great Depression” has become very popular to describe the depth of the latest events. As Michael Snyder has noted in his new article: “that is because this is literally the first economic depression that the U.S. has experienced since that time”. Everywhere we look, we can see the effects of the economic devastation that economic analysts like him have been warning about for a very long time. Unfortunately, things are set to get much worse in the coming months, especially with the arrival of the new lockdowns.
Economic Collapse News