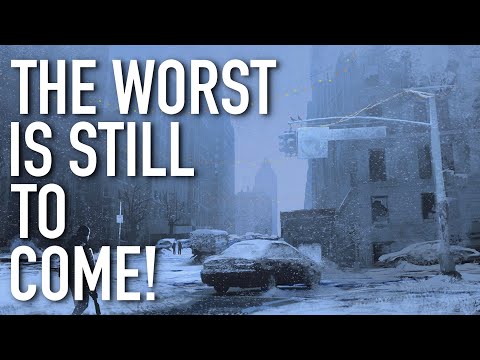 Bracing For A Very Painful Year: 38% Of Americans Say That They Will Spend 2021 In “Survival Mode”

11 views
4 min read
Watch LaterRemove Cinema Mode
FacebookTwitterRedditPinterestEmail
A very painful year is right at the corner, and about 38% of Americans have affirmed they will be spending 2021 in survival mode. Traditionally, the turn of the year was a moment when people used to set their new goals and resolutions, but this time around millions have been feeling the impacts of the worst economic downturn the country has undergone in almost a century, so their outlook for what lies ahead is far from hopeful or optimistic. In fact, another wave of business bankruptcies is prompting the lay-off of hundreds of thousands of workers days before Christmas, and now 1 out of 3 Americans have revealed in a recent poll they cannot afford any holiday gifts this year.
In face of the enormous financial pain mass unemployment has brought, in addition to the growing food and housing insecurity, many have engaged in disruptive behaviors that can be seen in the spike of social agitation in the cities and increased levels of addiction and substance abuse. In this video, we are going to analyze why the future remains bleak in the eyes of millions of our citizens and discuss the rising economic devastation employers and employees have been going through during the last chapters of 2020.
Over two-thirds of Americans have experienced acute financial difficulties throughout this year due to job loss, the reduction or the removal of their household incomes, or the decline of their emergency savings, according to a new Fidelity study. For that reason, a large share of the country is anticipating that many more setbacks are likely to come over the next few months. Of the 3,011 surveyed adults, more than 38% stated they will spend next year in “survival mode,” which means they will try to only focus on the day-to-day activities instead of establishing long-term goals in order to get themselves and their families through 2021.
The main reason why so many can anticipate being in “survival mode” next year is because the financial problems they had to deal with this year are probably going to extend until 2021 as well. According to the same survey, a staggering 68 percent of Americans say to have experienced a substantial financial setback. The study informed that of those, “23% lost a job or household income; 20% had an unexpected non-health emergency; 18% had to provide unexpected financial aid to family or friends; and 16% had a health emergency in their family.”
Several households disclosed to still be concerned that financial stresses may worsen next year. Forty-six percent are worried about the sanitary outbreak’s impact on the economy, while 35% are fearing for unexpected expenses, and 34% are anxious about the rising cost of food and other day-to-day essentials. Even those who remained employed throughout the recession have been coping with financial problems. A new research by MagnifyMoney found that roughly 1 in 3 full-time workers have experienced a pay cut due to the economic fallout of the health crisis.
Needless to say that all of these financial hardships are having a dramatic impact on holiday spending. After seeing their comfortable lifestyles removed from their reach, the “new normal” is leading millions of Americans to forgo holiday gifts this year. According to a WalletHub study, 1 in 3 Americans can’t afford to offer gifts to their loved ones this Christmas.
The past 12 months have been exceedingly painful for most Americans, and the prospect of more turbulence over the next 12 months is leading many to engage in damaging behavior patterns. The strains of living in social isolation can have a destructive effect on millions of lives. A recent study of approximately 2,000 American adults is the first to outline the connection between alcohol use and stress triggered by health-crisis-related shutdowns.
The study uncovered that overall, one in three Americans have reported binge drinking during the current crisis. But with all things considered, it’s understandable why Americans have been so overwhelmed, and trying to find an escape since everything continues to collapse around them. And on top of all of the tragic events witnessed so far, the day after Christmas, the extended unemployment benefits that have helped 12 million people and their families to stay afloat are going to expire.
Then, a few days after that shock, on New Year’s Day, the CDC’s eviction moratorium is scheduled to lapse, and all of the delinquent renters that kept housed during the recession just because of the moratorium, are about to get swallowed by a historic tsunami of evictions. As the end of the year approaches much more anxiety will take over the lives of millions of Americans, and as things continue to unravel all around us, the road ahead is certainly not going to get any easier.