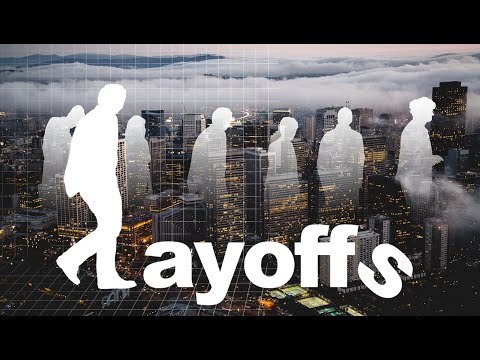 Can Donald Trump Stop The Imminent Economic Collapse & The Next Great Depression?

7 views
5 min read
Add comment Watch LaterRemove Cinema Mode
FacebookTwitterRedditPinterestEmail
At the moment the US economy stands on the precipice of a historic economic collapse because of the current economic disruption. The stock market has crashed and all the gains made in the last 3 years have been wiped out. Right now the world is seeing a very big market correction and unemployment benefits have already surged at a rate never seen before. What is happening in our economy has not been seen for nearly a century. The last time we saw this was during the great depression. Ray Dalio who is the founder and the hedge fund manger of the largest hedge fund in the world predicts that in this economic crisis, the US economy might lose about $4 trillion and the global economy can lose up to $12 trillion in the first quarter of the year.

This economic crisis was unexpected and the US government was not well prepared to handle this. The economy has been severely hit and this has forced the government to step in just like they did during the 2008 global financial crisis. The Trump’s administration is proposing a $1.5-$2 trillion stimulus package. This will be more than two times of what the government spent in the 2008 economic collapse where the Bush administration passed a $152 billion stimulus package and when combined with the economic stimulus that was passed by Obama later, it costed the government a total of $831 billion in the 2008 economic crisis. From then, we have had a debt driven economy and right now the national debt stands at about $23.5 trillion. Many people are asking who will pay all this debt but the truth is that the tax payers will have to pay for this.

Many people are comparing this economic meltdown with the great depression that begun in 1929 but the truth is that these are two different occurrences. However, there are many lessons that we can all learnt from the great depression and with that knowledge, we will have a clear understanding of what will happen in our economy. The great depression is one of the most economically tough times in history. In the years following the great depression, the wealth of the rich was substantially reduced and at the same time the economic security of American workers was improved. For many years since the great depression, many changes have happened to the American economy. One of these changes is the dominance of the financial sector and Wall Street and this has been a big contributor to income disparities.
For many years we have had an economic model that has been channeling resources from the bottom to the top mainly though Wall Street. In this crisis, it is very clear that this approach has not served American well because right now millions of people are losing their jobs and this is about to get worse.
The Trump administration should put more efforts in restoring fairness and order in the economic model to make sure that we have an economy where everyone wins. We have had programs to stimulate the economy where the government injected cash to the financial sector and the banks with the hope this credit will eventually trickle down to American families. However, the banks prioritized their own interests instead of serving the American public. Instead of loaning this cash to American households and small businesses, they used it to fund their own selfish investment ventures. For years this has been a big disservice to the whole economy and with a new stimulus package being discussed, it is very clear that the Trump’s administration is very mindful about the American households and fragile communities. In this economic stimulus; a priority should be given to the American citizens to ensure that they have cash to help them in these tough economic times.

The US economy has been affected and on the same scale, the global economy too is suffering. President Trump has formed a very capable administration and this is the time when the government has to act precisely and fast to save the American economy from another depression. if nothing is done at this early stage, this economic crisis might get out of hands and soon we will find ourselves in the middle of a total economic collapse. a substantial financial aid is needed to fill the holes in the American economy. We have very big loses by companies and individuals and if this is not addressed urgently, we will have a domino effect where every aspect of the economy will suffer big loses. Trump has to rise over this challenge by approving a substantial financial package to stabilize American businesses and to protect the America workers. The Trump’s administration has a responsibility to ensure that the economy survives and even thrives even if there is a big economic fallout at the moment.