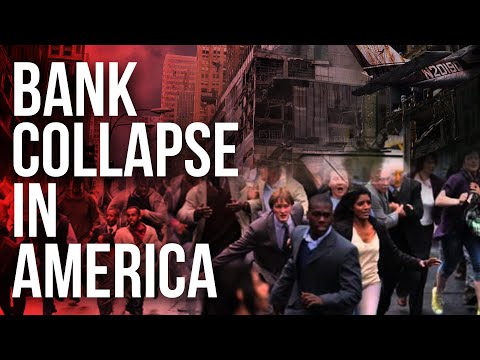 Companies Are Failing Amid The Shutdown All Over America

11 views
5 min read
Watch LaterRemove Cinema Mode
FacebookTwitterRedditPinterestEmail
A huge wave of bankruptcy has begun and the worst is yet to come.

Recently, Moody’s amplified its “B3 Negative and lower list” marking an unprecedented rise in its rates of 311 companies. Even during the 2008-09 financial crisis, the levels haven’t peaked so high, hitting 291 companies in its most critical phase. Now, even though we haven’t faced the worse yet, at 20.7% of the total rated spec-grade population, the list had reached its highest point, surpassing its long-term average of 14.8%, and closing in on its extraordinary high of 26.1%.
Of course, this is the result of the combination of many unusual factors that were brought up by the health outbreak, causing a significant drop in oil prices, hoarding many recessionary conditions that lead to an extensive credit shock in a number of different markets, sectors, and regions across the whole world. In addition, it is expected that a record amount of investment-grade names to be turned to dust on the next chapters of this economic collapse, triggering the long-awaited flood of fallen angels.

Actually, as reported on the latest default tracker from Bank of America, there has been a soar in defaulted names and deeply distressed names, closing April defaults on $17bn dollar and making another $27bn dollar in issuers on the bank’s default watchlist, due to missing payments, the initiation of distress exchanges or any other factors that could potentially lead to bank collapse. Meanwhile, $ 25bn dollar are already in deep distress, with bonds now trading below 50 cents on the dollar, facing a 50% price plunge from their maximum price over the course of the last 6 months.
Moreover, if we analyze the charts from Deutsche Bank’s Torsten Slok, its possible to foresee the wave of bankruptcies and loan delinquencies that is about to come for the American economy, creating a biblical flooding that will lead to economic collapse. Even the CEO of the world’s biggest asset manager, running the $7.5 trillion dollar Blackrock, Larry Fink, has confirmed that bankers told him they were expecting a “cascade of bankruptcies to hit the American economy. “

Companies are failing amid the shutdown all over America. A huge wave of bankruptcy has begun and the worst is yet to come. Whiting Petroleum and Diamond Offshore filed for bankruptcy, and on the same day J.Crew did the same and became the first major US retailer to file for Chapter 11 bankruptcy. A number of major companies had gone down the same path since the beginning of the year, such as Apex Parks Group, Art Van Furniture, Bar Louie, Bluestem Brands, Borden Dairy, Dean Foods, BrightHouse, CMX Cinemas, CraftWorks, Pioneer Energy, Modell’s Sporting Goods, McDermott International, and many others that had at least 500 employees.
Debts and defaults aren’t the only concerns the businesses have to face in a moment of deep recession. Even in good times, becoming fallen angels is not away from the reality of many companies that are down on investment-grade bonds.
As we discussed so far, the industries that were more impacted by the sanitary crisis are the ones affected by the global supply chain and lower energy prices. Cyclical sectors such as gaming, entertainment, autos, airlines, homebuilders and retailers were also deeply hurt by the effects of this downfall. All these companies are most at risk for fallen angels.
However, concerns surrounding fallen angels come from a background of debt that climbed continuously in the past decade. With that said, bond investors are alarmed as “a wave of downgrades across the cliff between investment grade and high yield could lock in big losses for restricted investment-grade strategies and spark a disruptive repricing in the high-yield market as it attempts to digest an elephant,” as reported on a renowed economy website.

And, as we mentioned in previous videos, the number-one favorite for buying debt is the US Federal Reserve, and of course, in this case, it wouldn’t be different, since the Fed is now prepared to buy US$34.5 billion of fallen angel debt to help soften the impact, but as we know – creating money out of thin air to buy debt isn’t a real solution for the big-picture. So no matter where we look at, the outcome is always the same: the economic collapse will be devastating.