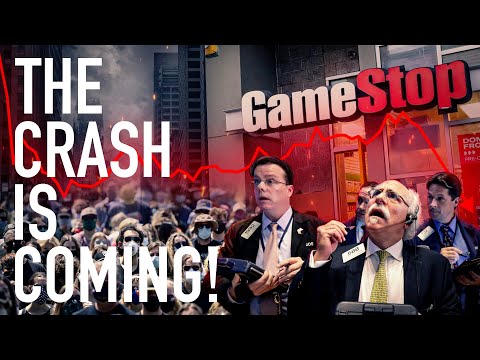 5 views
5 min read
Watch LaterRemove Cinema Mode
FacebookTwitterRedditPinterestEmail
In this video, we’ll be covering the latest data on personal debts that face Americans, and what the broken government policies on loans mean for our economic future.

The United States is stuck at a low point in one of the worst economic collapses in its history. We have seen any chance at recovery be blunted again and again by new waves of the health crisis and indicators that keep slipping into the negative. In the latest crisis facing Americans, nearly 4 out of every 5 credit card holders in the country say they are afraid that they will be unable to make even the minimum required payments on their debt.

This data comes courtesy of CreditCards.com, which surveyed households across the US on their personal finances. They found that millennial card holders were experiencing the most difficulties with debt, with 91 percent of them at risk of missing their payments. Overall, a staggering 25 percent of people reported that the pandemic has caused a significant increase in their personal credit card debt.

Making Americans all the more desperate is the fact that emergency relief measures pushed earlier this year have largely expired. Lifelines like federal unemployment benefits and stimulus checks that provided a cushion against financial insecurity are no longer in place to do their job. This comes even as the health crisis has shown no signs of slowing down–and has even accelerated in many states. Furthermore, the unemployment rate has continued to hover above 10 percent, as more Americans remain jobless than at even the worst points of the Great Recession.

More than 60 percent of those surveyed by CreditCards.com said that they would be unable to make the minimum payments on their credit card bills at some point in the next 3 months if the health crisis were to continue wreaking havoc on the country. 61 percent said the same would be true if they were not allowed to return to work immediately or in the near future.

Meanwhile, over half of respondents–56 percent–said they would feel the strain if the government did not pass a second stimulus package. Perhaps of most concern, 26 percent of people said they would be in serious trouble when the $600 a week in federal unemployment benefits ran out. For one of those groups, their worst case scenario has already arrived. And the others may not be far behind.

Meanwhile, the government continues to squabble over a second round of stimulus. Democrats and Republicans are far apart in terms of how much money they wish to devote to further aid–$2 trillion apart in fact. The Democrats’ package comes in at $3 trillion, while the Republicans are only willing to devote $1 trillion to the issue. The two sides also remain deadlocked on which measures are more effective in helping average Americans.

Reportedly, the one piece of the legislation that both sides believe will be useful is another set of $1200 stimulus checks put straight into citizens’ pockets. Republicans looking to keep the costs of a second package low have made the point that these checks could compensate for cuts to other forms of aid.

However, the reality is far different from the discussions in Washington DC. When analyzing rent payments across the country, it becomes clear that a one-time $1200 payment is insufficient to cover even 1 month of rent for millions of Americans. According to a CNBC study of Census data, the median monthly rent payment in the US is higher than $1200. The districts where the $1200 would stretch the least were primarily located in California and Virginia.

Just like the Federal Reserve’s unchecked printing of money, this is yet another government manipulation that has left traditionally reliable indicators acting in completely unprecedented ways.

There could be some justification for the new policies if the money consumers weren’t doling out to debt payments was instead being used in a practical way. Those saved dollars could be put aside to use on future bills, but instead they’re being spent.

This is part of the reason we saw some recovery in May and early June, as increased consumer spending brought renewed levels of economic activity. But that money spent online shopping should have been put towards auto loans or rent and mortgage payments. When the twisted loan programs end, the wave of delinquencies would normally be catastrophic.

But of course, the government will have already cooked up their next misinformed plan to keep the US economy barely on the brink, and heading for an even more painful crash down the line.