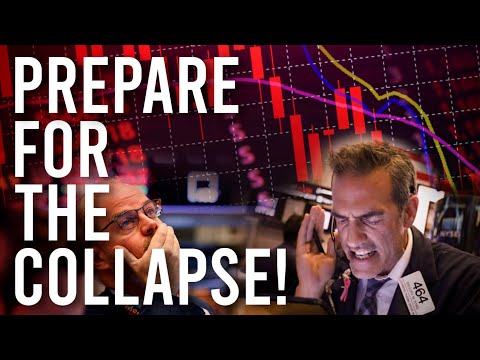 Emerging Market Apocalypse Is Imminent And Will Flooded By Food Shortage

So far, we have covered several topics on how the United States, China, and some European Union countries are handling the economic collapse that resulted from the financial and global health crisis.

But today, the emerging market is going to receive some attention, and we’re going to discuss the economic situations at the present moment and how the emerging country’s future will be affected. According to a global survey carried out by the United Nations Conference on Trade and Development (Unctad), the speed in which the current economic collapse wave reached developing countries is worryingly dramatic, even if we compare with the global financial crisis of 2008.
One of the highlighted points inside this report is that times of crisis often lead to capital flights from emerging markets, as investors seek assets for refuge and tend to buy US Treasuries – used as a “safe” alternative to preserve capital, but as we discussed in previous videos, this security is likely to be considerably reduced soon. Between February and March alone, $59 billion had been removed from these emerging markets and this is more than double the exits experienced by the same countries in the immediate aftermath of 2008’s global financial crisis. At that time, there was a $26.7 billion flight. And we well know that we are only at the beginning of this crisis.
Moreover, the local effects of the disease and the prices of certain commodities were also unfavorable to many of these countries and this seems to be only the beginning of the storm, as emerging economies have fewer opportunities for fiscal and monetary maneuvers. Besides the global aspects, there are regional specific factors for each country. Despite being the original epicenter of the health crisis, China remained almost untouched according to recent analysis. Countries in eastern and southern Asia, except from Indonesia and the Philippines, appear to have been only slightly affected. This may reflect both the incomplete integration of its financial markets and the market’s perception of its relatively strong macroeconomic funds. Eastern Europe, Hungary, Poland and Romania were also barely affected.

On the other hand, commodity producers were heavily affected by price drops, similar to what happened in 2008-2009. The collapse of the OPEC-plus cartel in early March 2020, further reduced the already decreasing price of the oil. This has reflected in the performance of the main market indicators, mainly the sovereign debt, foreign exchange rates, and equities, indicating that a deep deterioration is happening in several other emerging countries, that estimate reduced growth expectations, such as Mexico, Russia, Nigeria, Colombia, Brazil, and Indonesia.
Finally, emerging economies that have already had problems with macroeconomic and financial stability, for example, Argentina, Costa Rica, Nigeria, Pakistan, Turkey and Ukraine have been more affected than others.In addition to this, it is important to remember that the health crisis will be followed by a shortage of goods and food and social unrest. But even before the disease hit these countries directly, they had already been negatively affected by the economic impact of the crash in China and other parts of the developed world.Most emerging countries have very poor health systems, not enough beds and hospital breathers, crowded cities and slums and large numbers of workers who receive daily wages or work informally and aren’t able to work remotely.

So we can forecast that for many emerging countries, this health crisis will quickly become a humanitarian crisis and, ultimately, a solvency crisis. Political stability will only be the cherry on top of the cake.

After considering all these factors, you may be asking yourself:

How will the global economic collapse will affect the economy of these countries? Are we moving towards a global recession? and What could be done to try to reduce the impacts of the economic collapse on emerging economies? We’re going to try to give you some answers in this video.
Economic Collapse News