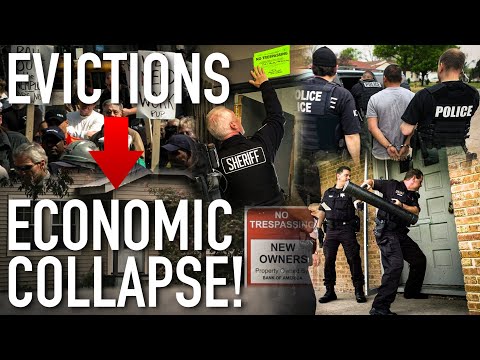 2 views
4 min read
Add comment Watch LaterRemove Cinema Mode
FacebookTwitterRedditPinterestEmail
While the world turns the spotlights to failed attempts of fixing broken economic systems, a hunger crisis is spreading across the globe. Amid a sanitary outbreak that is devastating countries politically and economically, and as a consequence of catastrophic natural disasters, recent reports are indicating that we’re about to see “famines of biblical proportions”. Countries that once eradicated the dreadful effects of malnutrition are witnessing a reoccurrence of high poverty rates, meaning that a larger portion of their population is now facing deep food insecurity.
From Asia to Africa to South America, the hunger crisis is leaving a troubling track, and specialists are warning that if the world leaders don’t take action soon enough, the repercussion of the widespread food shortages will become more fatal than the current viral outbreak.
The Executive Director of UN’s World Food Programme (WFP) David Beasley has repeatedly warned that in addition to the damages that emerged with the global health crisis, the world would face “multiple famines of biblical proportions” that would likely cause 300,000 casualties per day, triggering a hunger crisis. Now, this critical situation is already a reality for many countries. A couple of months ago, while speaking at an online briefing broadcast by the UN on YouTube, Facebook and Twitter, the WFP chief disclosed the distressing fact that 821 million people are currently battling with food insecurity. “If we don’t prepare and act now, to secure access, avoid funding shortfalls and disruptions to trade,” he said, the outcome could lead to a “humanitarian catastrophe in a short few months”. “Millions of civilians living in conflict-scarred nations, including many women and children, face being pushed to the brink of starvation, with the specter of famine a very real and dangerous possibility,” he added.

Now, grocery stores across the United States are stocking up on products to avoid shortages during a second wave of coronavirus. When the media starts acknowledging that food shortages are on the horizon, it’s a sign things are about to get much worse. The report specified that household products – including paper towels and Clorox wipes – have been difficult to find at times during the pandemic, and if grocery stores aren’t stocked up and prepared for a second wave this winter, runs on products and shortages could happen again.
Furthermore, noting that the food prices will likely increase due to the greedy ambitions of a handful of billionaires, who are profiting at the expense of workers financial pain, which unables them to afford for basic goods. With high demand for groceries comes higher prices in the aisles. Since March, more Americans have been eating at home – and their grocery expenses have been growing. This is partly due to the fact that food manufacturers and grocery stores are rethinking their pricing strategies now because demand is surging.
What is more, on top of the threatening food shortages and soar in prices, other determinants may contribute to the disruption of the food supply chain, since many U.S. farmers have gone bankrupt during this downturn. They revealed that federal payments have actually done very little to keep them afloat. In fact, the initial payments under the Food Assistance Program, which provided $16 billion in direct support and $3 billion in purchases, disclosed an uneven distribution of financial aid, and most of the payments were redirected to large, industrialized farms.
Another distressing event that adds to all these factors is the major natural disasters that happened this year in agricultural areas of many countries, but most concerningly in China, where crops were wiped out on a massive scale, leaving a dent in global food production. For now, most Americans still have access to plenty of food, and we shouldn’t take that for granted, because global conditions are swiftly changing and we probably should take this window of opportunity to start preparing for the very challenging times that are ahead of us.