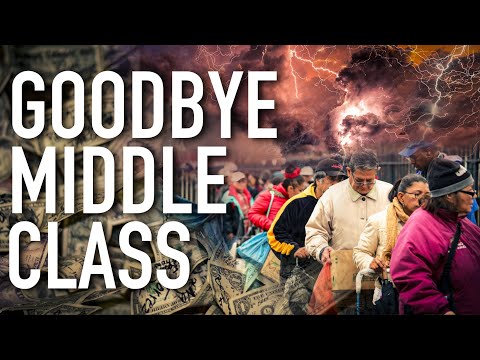 Goodbye Middle Class: Half Of All American Workers Made Less Than $34,248.45 Last Year

There are tens of millions of Americans that are referred to as “the working poor” because they are living in poverty even though they are employed and are working extremely hard.  Many of you that are reading this article know exactly what I am talking about.  Some of you are working way more than 40 hours a week, and yet there never seems to be enough money at the end of the month.
Sadly, the truth is that our system has evolved in a manner that makes it almost impossible for most Americans to ever build up much wealth.
If you are making the median monthly wage of just $2,854.05, there simply is not going to be much left over after all of the bills are paid.  First of all, you are going to need some place to live.  In the middle of the country you may be able to find something habitable for under $1,000 a month, but in most of our major metropolitan areas that simply is not going to be realistic.
Secondly, you are going to need to pay your utility bills.   If you can keep the combined cost of your power, water, phone, television and Internet bills to about $250 a month, you are doing quite well.
Thirdly, you will need a vehicle in order to get around, and these days it is hard to buy or lease a vehicle for less than $300 a month.  In addition, you will also need insurance, and that will set you back even more.
Fourthly, you will need health insurance.  If you are young and single, maybe you can find a plan for just a few hundred dollars a month, but most Americans pay far more.
Fifthly, you will probably want to eat, and that will cost you several hundred dollars a month as well.
At this point almost all of your money is already gone, and there are so many expenses that I haven’t even mentioned yet.
And of course you never even started with $2,854.05 in the first place, because all sorts of taxes were taken out of your paycheck before you even got it.
Are you starting to understand why so many families in America are deeply, deeply struggling today?
We have an economy that works for those at the very top of the food chain, but pretty much everyone else is desperately trying to stay afloat.
And now we have entered an economic downturn during which tens of millions of Americans have lost their jobs.  According to John Williams of shadowstats.com, if honest numbers were being used the real unemployment rate in the U.S. would be 26.9 percent right now, and that would rival the worst levels that we witnessed during the Great Depression of the 1930s.