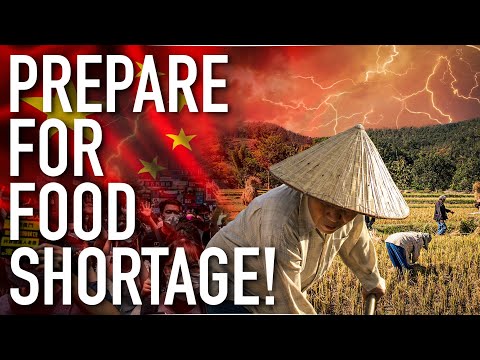 Horror Of America’s New Breadlines! We Haven’t Seen This Much Suffering Since The Great Depression

13 views
4 min read
Watch LaterRemove Cinema Mode
FacebookTwitterRedditPinterestEmail
Never before we’ve seen so much collective suffering on Thanksgiving. With our entire nation facing major hardships and, on top of everything, impeded to gather with their loved ones, this is a very difficult moment that makes it hard to feel grateful about anything. Facing so many meaningful losses and so much uncertainty, several American families are still having to cope with hunger in this holiday season. Over 70 million unemployment claims were filed so far, and numbers keep surging as businesses continue to break down.
This year has taken away people’s jobs, cars, homes, family members, friends, businesses, and dreams, leading a lot of them to an economic desperation last witnessed during the Great Depression, and some might argue what we have experienced so far is just the start. Much like the 30s, people have been waiting in line for hours to receive some food to have what to eat during the holidays, and as we approach a very dark winter, things are bound to get even worse. That what we talk about in this video.
After losing their main sources of income, people have been waiting for hours in food bank lines to guarantee some basic food supplies they can no longer afford. Enormous food handouts are being organized all over the country to provide prepackaged boxes of Thanksgiving meals for U.S. residents. Their cars line for miles, and for many of them there is no other choice. “If it wasn’t for this place, we wouldn’t know where we would get our food,” a woman told CNN.
Food bank officials have noticed a staggering increase in demand for food assistance, more than eight times higher than normal. Many “fancy vehicles” are spotted in the lines, which indicates how a significant share of these individuals were probably accustomed to living comfortable middle-class lifestyles. But after the current economic downturn ravaged their “stable lives”, they suddenly found themselves having to rely on external assistance to get enough to eat.
While for some this was a new experience for others it was a monthly trip, and an essential part of their survival. A new Feeding America study estimates that 15 million more people will live in food-insecure homes in the U.S. by the end of the year. Food banks have consistently seen a 60 percent increase in demand compared to this time last year, and continue to require more food and resources to provide to people in need.
Every day it goes by, the food cliff seems to be looming for a multitude of U.S. families. That’s what the executive director of a Californian food bank Nicole Celaya has recently outlined. “The food system hasn’t done a very good job of meeting the increased need. As viral case numbers continue to rise, it’s going to get worse”.

What is even more concerning is that Feeding America has persistently warned that without further federal aid a massive meal shortage will happen in food banks. This means that a hunger calamity on the same scale seen in poorer countries isn’t that far from becoming a reality in America. The deterioration of economic conditions is one of the main drivers behind increasing hunger rates, but other determinants are also influencing this situation to get progressively tougher.
This year, the convergence of a health crisis, an economic downturn, and the electoral run, has made Congress pass less-generous benefits for unemployment assistance programs that by now have already disappeared or soon will for millions of Americans.
Our leaders have been failing us and our governors cannot even be used as a reference of appropriate conduct. While they enacted multiple campaigns to ask people not to congregate with friends and family on Thanksgiving to allegedly help to curb cases – in some states even imposing strict rules that kept people from having social gatherings with over 6 members and threatening law enforcement and fines to those who didn’t comply – many of them kept their plans to travel and spend the holidays with their families.
After people became understandably angry at their hypocrisy, government representatives dared to suggest that the public should “focus on being grateful” since that is “what the holidays are all about”. Amid supply chain shortages, soaring prices, overwhelmed food banks, collapsing businesses, mounting food and housing insecurity, and the surge of a viral infection that compromises people’s health and oftentimes, their lives – what exactly can we be grateful for?