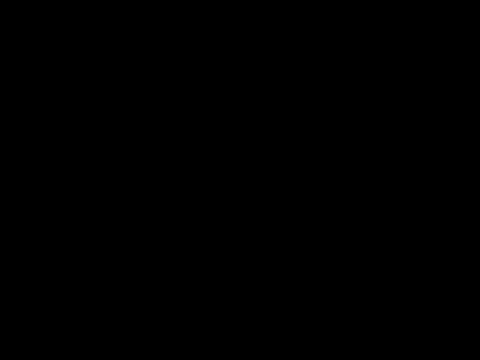 Hotel Apocalypse Has Begun: 2 Of 3 US Hotels Will Close In Few Months

4 views
5 min read
Add comment Watch LaterRemove Cinema Mode
FacebookTwitterRedditPinterestEmail
A new Big Short is being formed due to a catastrophic meltdown on the hotel industry sector. The CMBS short that once pointed to malls, now shifted its concerns to hotels, and hedge funds are already pilling up into the Big Short 3.0. Today, we will scrutinize a recent study that shows 74% of US hotels expect to lay-off even more employees, while two-thirds of them are likely to close their doors for good within the next six months. As of now, it’s been clear that a real recovery is out of the horizon, so let’s dive into another investigation to get a better grasp of the new unfoldings of the economic collapse. Stay with us and don’t forget to like this video, share it with your friends, and subscribe to our channel to keep updated with the next chapters of the 21st-century Great Depression.
Since the sanitary outbreak struck America, shaking the grounds of the fragile economy, the hospitality industry has been reeling and constantly needing federal relief. The American Hotel and Lodging Association (AHLA) released a research disclosing alarming new data pointing to a downfall in the sector. Right now, 68 percent of hotels have less than half of their normal staff working full time, and more than two-thirds of hotels revealed they would not be able to last six more months at the current projected revenue and occupancy levels, while half of the hospitality owners surveyed affirmed they are in risk of foreclosure. Additionally, 74 percent of hotels said they would be forced to lay off more employees if they don’t receive further government assistance.
A month ago, another poll published by the AHLA showed that the unemployment rates within the hospitality and leisure sector was at 38 percent, which configures almost four times that the national average of 10.2 percent. In an attempt to save the industry, the organization is appealing to lawmakers for an urgent pass on additional federal relief. Chip Rogers, president and CEO of the AHLA, said “it’s time for Congress to put politics aside and prioritize the many businesses and employees in the hardest-hit industries. Hotels are cornerstones of the communities they serve, building strong local economies, and supporting millions of jobs. Every member of Congress needs to hear from us about the urgent need for additional support, so that we can keep our doors open and bring back our employees.”
The AHLA survey found that urban hotels have been particularly affected and their occupancy rates are increasingly dropping, having only 38 percent of their capacity in use. Meanwhile, the hospitality-data provider STR released a study that indicates the average occupancy rate for all US hotels last month was 48.6 percent, marking a minor upturn of 1.6% compared to July. That signaled the lowest occupancy rate for any August since the STR started recording this data in 1985, and the company declared to believe that US hotel demand will not fully recover until 2023.
“Our industry is in crisis. Thousands of hotels are in jeopardy of closing forever, and that will have a ripple effect throughout our communities for years to come. We need help urgently to keep hotels open so that our industry and our employees can survive and recover from this public-health crisis,” said Rogers on a recent note. The CEO also warned that if by the end of this month business travels don’t resume and funding from the Paycheck Protection Program runs out, over 8,000 hotels are in danger of closure.
According to the latest Manhattan Lodging Index from PricewaterhouseCoopers, almost 60% of Manhattan hotels are still closed. As a result, the report indicated that roughly 61,450 hotel rooms in Manhattan had not reopened until early September, and nearly 2,700 of these are likely to be shuttered permanently.

The current collapse boosted by the health crisis was fast becoming the most significant event to ever impact their business; that includes the 12-month period after 9/11 and the financial crisis of 2009. At the point, he noted that the development pipeline has not ground to a complete halt. “We’ve been signing deals and we have development committees that are meeting monthly. The volume is lighter and the numbers will be lower than we anticipated but they won’t be zero,” he said.
In any case, the shift seen in trade flows have been pointing that the delinquencies on hospitality property loans are soaring at unprecedented levels, even beginning to exceed those in retail, and now it is likely to form the next Big Short on CMBX S9 BBB- tranche due to its exposure to the sector. That is to say, the collapse of the hospitality industry may as well be the most profitable short in recent history, even though the Fed’s policies have effectively made shorting almost impossible.