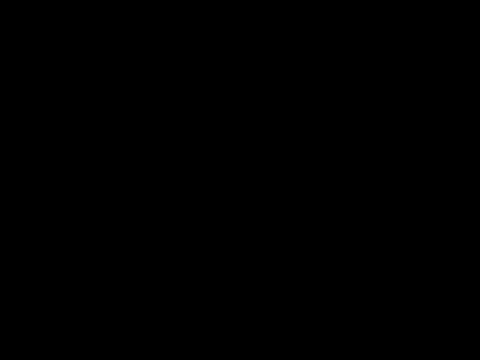 Housing Market On The Verge Of Collapse: Millions About To Be Evicted!

8 views
4 min read
Watch LaterRemove Cinema Mode
FacebookTwitterRedditPinterestEmail
Experts have been warning of a major housing price bubble that is likely to culminate in a housing crash in the months ahead. Due to the coming lockdowns and rising social turbulence, Americans have been relocating to smaller areas in an attempt to find better housing arrangements, but for those who want to become homeowners, it’s getting harder and harder to find affordable properties amid a massive spike in demand. Meanwhile, several investors who bought rental properties are now suffering from the effects of the widespread economic deterioration that has been making millions of renters delinquent.
Despite the claims that the housing market is booming right now, analysts say that this scenario isn’t sustainable for much longer. The growing amount of rental and mortgage debt in addition to the weak economic activity and a property shortage will all contribute to an epic bubble burst of unprecedented proportions. In this video, we are going to expose how the coming housing crash may impact the market, investors, owners, and renters for over a decade.
Real state authorities and market watchers have been arguing that surging prices for residential properties are significantly inflating a housing bubble that can burst at any moment. The sector is now experiencing record sales thanks to record-low mortgage rates and a massive relocation of American citizens from urban centers to smaller, rural areas. The demand for affordable housing outside of metropolitan areas has been so high it created a housing shortage that led prices to skyrocket over the past few months.
This year home sales are on track to surpass last year’s, when the economy was in far better shape. However, the economic shock resultant from the health crisis can cancel out these gains fairly quickly, since analysts say the record-breaking home sales are not sustainable.
The staggering unemployment rates and the coming lockdowns are about to decline Americans’ purchasing power even further. So even those who managed to buy a house aren’t immune to falling deep into debt due to the effects of the current economic recession. For investors, this means that there are substantial risks in exposing themselves to the purchase of a house as an investment. But for homeowners and independent landlords, the results can be a lot more serious. “It can devastate your livelihood for the next 10 years if you go all in,” said investment advisor Adam Othman.
If projections aren’t looking good for owners and investors, for renters the situation is considerably more worrying. A large share of American renters have affirmed to be struggling to make their next rent payment, while many of them have already fallen behind months ago and have been accumulating rental debt up until now.
They have been relying on the CDC’s temporary eviction moratorium to avoid homelessness, but according to a recent Bloomberg article, almost 6 million households are on the brink of eviction, which accounts for up to 40 million people who could become homeless after the moratorium is lifted.
Billions of dollars of rental debt will be translated into much more trouble ahead for the U.S. housing market. When renters become delinquent, their credit and their ability to find housing get severely compromised. On the other hand, landlords will find it more difficult to replace their previous delinquent tenants with new paying renters. Especially during an economic meltdown that has pushed a large chunk of the population out of their jobs.
“Renters are disproportionately hurt by the crisis,” affirms Jung Hyun Choi, a research associate with the Housing Finance Policy Center. “A greater share of renters lost their jobs. That meant losing savings that could have been used for a down payment, and falling behind on bills, which will hurt their credit and make it more even more difficult for them to be future homeowners”.
It certainly is a bigger challenge for low-income Americans to climb the first step of the real-estate ladder, particularly in the middle of the worst economic crisis this country has ever experienced in almost a century.
One of the things the health crisis brought to the surface was the fragility of the U.S. housing system. In a moment when having a roof over one’s head has never been so essential to ensure people’s survival, this short but intense period of economic deterioration has put millions of people in a critical financial situation, jeopardizing their housing security, and their prospects of ever owning a home. As Congress isn’t listening to the constant urges for more aid or even for the extension of protection programs, by next month we can be witnessing a tragic homelessness crisis while the housing market collapses right before our eyes.
Economic Collapse News