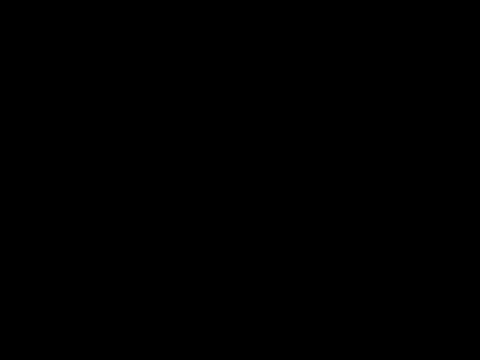 Most Americans Are Not Prepared For The Imminent Economic Collapse

6 views
4 min read
Watch LaterRemove Cinema Mode
FacebookTwitterRedditPinterestEmail
For the past few days, I have been explaining the different impacts the current health situation has had on the economy. I have warned you about the stock market crash and the oncoming derivative crisis. In fact, as oil prices crashed into negative ground in an unprecedented market collapse, I was, unfortunately, proven right. We are living through troubled times, indeed; and if you believe it will all be over soon and everything will be alright, you have fallen for the elite’s lies. What we are living through is a tragedy, but it will seem like nothing in comparison to the catastrophe that we’re heading into. When the lockdowns are finally over and the new reality hits people in the face, major social unrest will follow. Unimaginable unemployment and homelessness crises lie ahead, and they will come arm in arm with crime and degeneration. This will be the perfect excuse for governments to impose martial law and promote radical programmes to curb liberties, starting by forcibly disarming their citizens and suppressing their right to free speech.
With this threat just a few weeks ahead, it is worrying to see how the American public, and especially Millennials and Gen-Z’ers, have been so unprepared and unwitting. This is not propaganda or fearmongering; these are the facts. Most people have traded their rights and the Constitution for sitting idly at home. Let’s take a look at the numbers.
Even though obesity rates are historically at their highest point, with 40% of the adult population being obese, Americans are eating more snack foods than ever before. In fact, according to a Harris Poll, “About 40% of people say they’ve been eating more snack foods since the crisis began, with 26% admitting they’re finding comfort in chocolate, specifically, according to a Harris Poll of 2,013 US adults conducted over the weekend.”
Of course, if people are eating more junk food, they are also drinking more. Soda consumption increases were reported by 25% of people and one in every five Americans admitted to ingesting more alcohol than usual. The shocking piece of data, however, is that it is Millennials and Gen-Z’ers who are driving this statistic up, as 30% of them are guzzling alcohol more than ever. Things look even worse if we turn our attention to marijuana sales: demand has exploded. Apparently, it is the most liberal and, supposedly, more educated generations who are turning to booze instead of facing up to the situation. In fact, in New York City, “With the initial surge of panic buying over, wine and marijuana sales are still way up, presenting an opportunity — and a challenge — for the businesses scrambling to meet the demand spikes and shifts in consumer behavior. “It’s like New Year’s every day,” said Mark Schwartz, the owner of Little Mo Wine and Spirits in the Crown Heights neighborhood of Brooklyn, New York, who has seen alcohol sales shoot up fourfold.”
For those of you that keep an eye on the markets: have you noticed how Netflix’s stock is having its best performance in years? That’s because subscription owners, the majority of whom are liberal Millennials, have been glued to their screens binge-watching everything that the company feeds them. According to a StudyFinds report, OnePoll surveyed 2,000 Americans with access to at least one streaming service and found that not only was the average person watching eight hours’ worth of content but also likely went through three series in a week alone. So, amidst a crisis that is getting worse by the day, the younger generations are taking a seat on the sofa and driving up the profits of a corporation know for working with Christ-bashers and promoting the elite’s agenda. Great!

Bad behaviour breeds bad behaviour, so it’s no surprise that other vices are also on the rise. MSN reports that “online poker revenues were up more than 100 percent from February, and iGaming revenue reached a new record of $64.8 million according to the figures released Wednesday for New Jersey, one of two states that allow online gambling”. This sort of irresponsible conduct is astonishing, especially because 50% of Americans will have spent all their savings by the end of April. That’s right: people are gambling away their money at a time when the economy is entering a deep recession and unemployment is rising. What will they do when the end of April comes and they have no money, no job and the banks come asking for their mortgage? No wonder that crime will rise! Read the full transcript and more economic collapse news here: https://www.epiceconomist.com