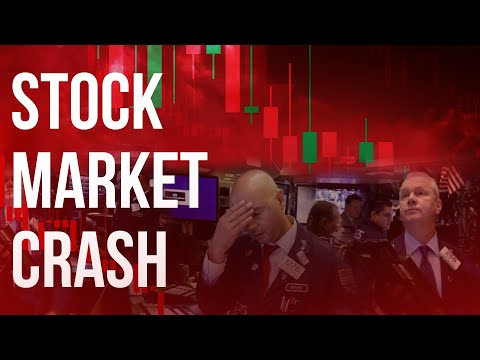 2 views
3 min read
Watch LaterRemove Cinema Mode
FacebookTwitterRedditPinterestEmail
Today, we are going to present to you the new unfoldings of the retail apocalypse, with several businesses struggling to stay afloat during this ground-breaking economic meltdown. The retail apocalypse has spread out so fast that the traditional Black Friday and Holiday shopping are now jeopardized. Hundreds of thousands of retail store closures are happening around the country, and more than half of them won’t ever resume their activities. We are going to analyze a recent study that indicated that over 60 percent of the business closures that occurred so far turned out to be permanent, and all of these jobs were lost for good. If you have been keeping up with us, a while ago, we have reported how the generalized bankruptcy that is taking place all over the country will only add pressure to the giant debt bubble that America has created. Will that bubble burst by the end of the year? Let’s examine together! Without further ado, let’s jump into this video, and please give it a thumbs up and subscribe to our channel if you haven’t already.
The aftermath of the health crisis is accelerating the deterioration of the economy at a pace never witnessed before in all American history, leaving deep economic scarring in several sectors, and every attempt to rescue it haven’t come without major consequences. The downturn boosted by the outbreak has made the economy fall into a “liquidity trap,” in which interest rates will potentially be maintained on the zero lower bound until 2023, that is to say, the monetary policy is likely to face further challenges on stimulating the real economy having to do much more than artificially inflating asset prices.
While the federal government keeps pumping one fiscal injection after the other into the real economy, forging a volatile and artificial growth, the latest gap in fiscal support, 48 days now, has sent the economy into another meltdown, with retailers failing to manage their way through the crisis and online spending rates nearing zero. Comparing to the prominent reopening background of other countries, the US rates were, at the very least, disappointing. In the retail sector, the observed rise was merely 0.6%.
According to Bloomberg, apart from foodservice and drinking places (4,7%), all the remaining retail sectors either presented a derisory growth or dropped below zero. Electronics and appliance stores recorded an 0.8% upswing, same as health and personal care, while gasoline stations recorded the marginal rates of 0.4%. On the other hand, paradoxically, food and beverage stores had seen a decrease of -1.2% in their sales, sporting goods and book stores noted a -5.7% fall, and general merchandise stores -0.4%. Online shopping sales remained unchanged, meaning that they flatlined and their growth is now close to 0%.
Furthermore, the deep economic disruption goes beyond the deterioration in the labor market, with more and more businesses registering that they won’t ever be able to open doors again. A recent report published by Yelp revealed that up until August 31st, over 150,000 businesses have closed on the platform, marking a 23% increase since mid-July. The report also pointed out an increase of almost 100,000 permanent business closures over the past six months, which indicates that 60% of closed businesses will never reopen again.