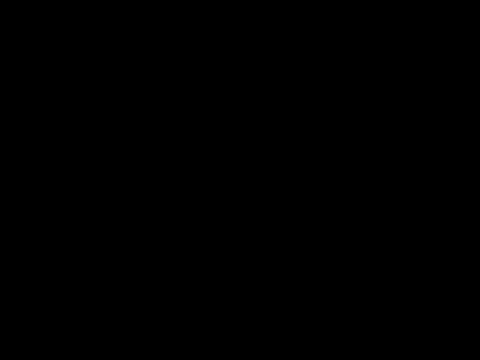 10 views
4 min read
Add comment Watch LaterRemove Cinema Mode
FacebookTwitterRedditPinterestEmail
In this video, we will discuss the dire food shortage and starvation facing the US, as prices for pantry staples surge and tens of millions of Americans remain unemployed and financially insecure. We’ll also give you the devastating expert predictions on the surges in poverty and hunger that are expected to occur as a result of the economic collapse.

If you’ve been to the grocery store recently, you may have noticed that the price tags for some of your purchases are significantly higher than usual. Experts have been warning for months that the empty shelves and rising food costs we started to see earlier this year would only get worse, and now those predictions are rapidly unfolding. Americans’ anxiety surrounding the health crisis and its effects on the economy have hardly diminished since the worst of the pandemic.

According to a survey from the Democracy Fund and UCLA Nationscape Project, a total of 86 percent of citizens–including both Democrats and Republicans–reported that they were very or somewhat concerned with the pandemic. This survey was taken in mid-June amidst a turning tide of economic indicators that finally pointed toward some signs of recovery, yet fears remained heightened. In fact, this figure was down a mere 3 percentage points from the record levels of anxiety Americans felt during late March, when the economic shutdown and lockdown measures were at their most severe.

Because such fears have dominated the consumer landscape for the better part of the year, demand for basic food has skyrocketed. Americans have been quick to empty out stores and fill their cupboards at home, stocking up on extra non perishable supplies in case of further stay at home orders or other emergencies. At the same time, food production facilities faltered, and the shattered supply chains simply could not keep up with the spike in demand.

Many plants were forced to shut down their operations for weeks or even months at a time as the health crisis affected large swaths of their workers. Outbreaks swept through the facilities because of a lack of adequate safety measures. After all, in most processing plants, every 1,000 square feet of manufacturing space is filled with 3.2 workers, a proportion that is three times the national average. Without sufficient spacing between employees, spread was accelerated.

According to recent data from the Bureau of Economic Analysis, many of the staple foods that Americans fill their carts with saw a surge in price since February. The costs of beef and veal have jumped a staggering 20.2 percent compared to their pre-pandemic prices. Egg prices have risen by 10.4 percent, poultry by 8.6 percent, and pork by 8.5 percent.

Households across the country have become increasingly dependent on food banks in order to make ends meet. 12.1 percent of adults said they had collected charitable groceries–whether from a food pantry or in the form of a free meal–in the last 30 days.

According to Feeding America, the second largest charity in the US, 17 million people run the risk of becoming food insecure because of the ongoing health crisis. In 2018, 37 million Americans were food insecure, so the new data represents a 46 percent spike.

Meanwhile, a second wave of layoffs is set to push the US economy deeper into a recession as the health crisis drags on and a second stimulus package stalls in Congress.

According to a survey carried out by Cornell University and RIWI during the last week of July, nearly a third of workers who were added back onto payrolls after initial layoffs in March and April had recently been laid off for a second time. An additional 25 percent of rehired employees reported that they were told their time at work could be limited, and that future rounds of layoffs may occur.

Even during much more stable periods, large portions of the world suffer from food shortages and widespread hunger. The World Food Programme reported that in 2019, 821 million people were food insecure and 149 million of them suffered “crisis-level hunger or worse.” This year, those already dire statistics have deepened into an even worse humanitarian disaster. More recent estimations say that as many as 270 million individuals could experience crisis-level hunger in 2020 if things don’t turn around quickly–an 80 percent increase year over year.

As global food supply chains continue to rupture, now is the time to stock up on essential items before prices only drive even further upwards. But unfortunately, tens of millions of Americans no longer have the funds to do so, as there is no money to be seen–not through employment and not through federal assistance.
Economic Collapse News