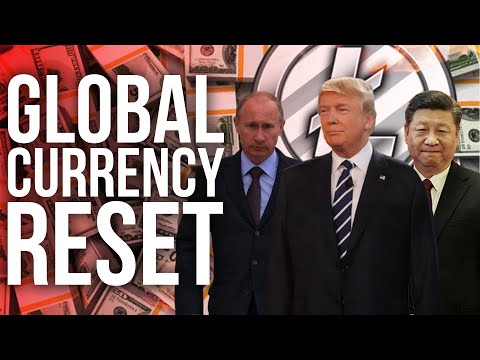 Stock Market Crash Like No Other Coming In Weeks Or Months

7 views
4 min read
Add comment Watch LaterRemove Cinema Mode
FacebookTwitterRedditPinterestEmail
A catastrophic stock market crash is on the horizon. A new analysis pointed out that stocks can collapse 40% by April and will not rebound for decades. Many determinants will be crucial to prompt the burst of this major bubble, which has been fueled by mass bankruptcies and debt delinquencies. The economic deterioration and the ongoing developments of the health crisis might add extra pressure to the financial markets in the coming months. And it seems there’s no way to avoid a major correction to the overpriced assets that have taken the lead of the markets recently. That’s why, in this video, we gathered the latest expert’s and economist’s assessments for the next stock market crash.
Despite having recovered from all of its bear market losses and hit new highs, the S&P 500 still has several challenges to deal with, particularly now that more businesses are falling apart every day. That’s why market strategists have been arguing that the near all-time high S&P 500 valuation is unsustainable. Even with the arrival of a vaccine, the wounds opened on the economy throughout this recession aren’t going to heal overnight.
Some may argue that the doomsday predictions for a crash never come through, but the market has been silently crashing all along. Many catalysts were set in place during this crisis, and have been quietly sparking a market deterioration that is being constantly mended by the Federal Reserve’s stimulus relief. Since Jay Powell stated that the Fed will do “whatever it takes” not to let the stock market crash, which would consequently make the whole economy implode, several investors have been blindingly relying on the Fed’s promises, but there is only so much liquidity that could effectively avert a market catastrophe.
However, the U.S. stock market is a house of cards and there’s a limit to what can be done to keep the market away from its natural fluctuations. Pumping money on it endlessly isn’t a viable option, despite what the Fed says. At some point, credit will run dry and the market will inevitably go down to its correction level. What we should all be wondering is how long do we have before the U.S. debases all its credit and loses all its credibility. Every country that has ever passed that breaking point has sunken into a dramatic crisis.
With the continual emission of Quantitative Easing, the system will only become more fragile and more dependent on liquidity to mend the gaps brought by its inherent volatility. Any major catalyst that comes into play can tear apart the whole progress that has been solely based upon speculation and break the liquidity spell.
The fact is that they can try to avoid the downfall and print as much money as it takes to fill in the market gaps. But, in essence, nothing can impede the crash from happening. Historical evidences are also signaling that a stock market crash 2.0 is imminent. Even though investment advisors always highlight that that past performance is no guarantee of future results, history has a way of repeating itself on Wall Street. Every single recovery from a bear market bottom has been marked by one or two significant declines. And, in most of the cases, these crashes or corrections occurred way before the three-year mark was up.
By looking beyond rallies from a bear market bottom, we can see how regular crashes and corrections truly are. Of course, history alone cannot be able to precisely tell us when a market crash will happen, but it can show us how unexceptional it is for investor sentiment to suddenly change on Wall Street. Right now, many determinants can operate this shift fairly quickly. With the CBOE Volatility Index largely above its standards and the secular multi-year stock market decline beginning right after December, ending the cyclical bull market for equities, experts say that a 40% correction is expected to happen by April.
Mass bankruptcies are likely to put the stock market over the edge. Financial stocks, which are the anchors of the U.S. economy, are inclined to struggle in face of lower interest income and increasing loan delinquencies. Meanwhile, stocks are being priced for perfection. Simply put, such high speculative valuations are assuming that an effective vaccine will be widely distributed and Congress and the Fed will eventually make a comeback and launch trillions more in liquidity. But for that to happen, every step of the way has to unfold smoothly. Needless to say, that it’s quite an unrealistic idea. The reality is that another stock market crash is inevitable.
Economic Collapse News