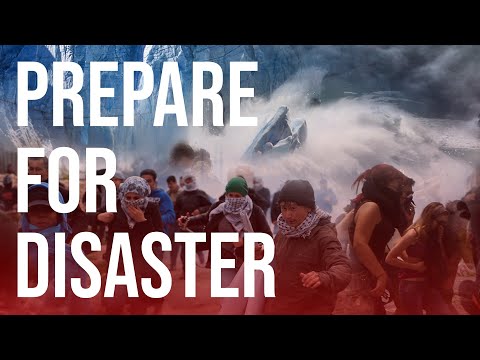 The Collapse Is Confirmed! Businesses Are Failing At A Staggering Pace All Over America

8 views
4 min read
Watch LaterRemove Cinema Mode
FacebookTwitterRedditPinterestEmail
In this video, we are going to break down the latest data when it comes to the labor market and the perils facing small businesses across the US. We’ll show you the economic indicators and expert voices that prove there is no recovery in sight.

Mainstream media, politicians, and optimistic experts have been predicting an economic recovery even during the worst of the pandemic-induced collapse. The stock market has followed suit, leaping even higher as cheery news bulletins insisted things were changing for the better. Now, it is far past time to stop pretending. The modest gains in unemployment and jobs added to the economy that we saw in May and early June have been counteracted by new surges in case numbers. It is becoming undeniably clear that the US is moving away from any sort of bounce back to normal, and fast.
According to the latest data, 1.416 million Americans filed new claims for unemployment benefits last week. Not only is this number higher than experts anticipated, but it also represents the first time the tally has increased week over week in more than three months. For anyone still delusional enough to tout a coming recovery, this should deal a blow to any overly optimistic theories.
Overall, the total number of Americans who have filed new claims for unemployment benefits over the past 18 weeks has climbed to over 52 million. Approximately one in five Americans are now receiving unemployment checks weekly. We are seeing by far the largest spike in joblessness in the country’s history.
In the two weeks prior, the tally hovered around 1.3 million. To make matters much worse, this new spike in job losses comes mere days before the Coronavirus Aid, Relief, and Economic Security Act (CARES), the $2.2 trillion economic stimulus bill passed back in March, expires. When it does, tens of millions of Americans will instantly lose $600 a week in federal benefits. In many cases, this has been the thing keeping them on the edge of a dangerous fall into financial insecurity, food insecurity, and even homeslessness. At the same time, eviction moratoriums and forgiveness on late rent or mortgage payments will also run out.
In short, countless Americans will finally feel the full brunt of the economic collapse that the government has been cushioning them against for months.
The business closures seen earlier in the pandemic were largely temporary, a product of government-enforced lockdowns. In late June, 19 percent of all small businesses in the United States were closed.
But that number has continued to climb, and many of the closures will inevitably become permanent. Small businesses do not have the deep pockets and wiggle room that many larger corporations do, and are far more vulnerable to the economic pressures that continue to pile on. While others stay afloat, the small businesses sink. More recent data puts that number of them that have closed at 24.5 percent. Furthermore, small business employment fell to levels last recorded in May.
All of this data should make it clear that we are in the thick of an economic depression, one unlike the world has ever seen.
Even experts that tend to be conservative in their predictions have acknowledged that the epic recovery promised for the third and fourth quarters of 2020 is at risk of weakening if things continue in the direction they are now.
Any hope of a sharp decline followed by a speedy recovery, as per the V-shaped recovery that experts touted for so long, is long gone. As we have seen, lifted lockdowns only lead to a worsening of the health crisis, which piles on the economic strain and pushes the country further into dangerous territory.
We have seen across multiple sectors how easily a modest recovery is pushed back into a worsening depression, and the pandemic has exposed numerous deep-seated issues that need to be dealt with swiftly.
The reality is that we will continue to face a slowdown of economic activity, and there are long lasting consequences that will plague the US and the world even once the pandemic is brought under control.
If you remember the last recession and shudder, this one will not even compare. Everything we know will be flipped upside down, and the vast majority of Americans will have to adapt to a very different way of life.