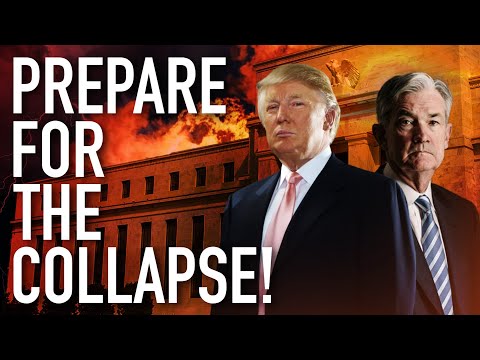 The Great Relocation: Americans Are Relocating By The Millions Because They Can Feel What Is Coming

17 views
4 min read
Watch LaterRemove Cinema Mode
FacebookTwitterRedditPinterestEmail
Millions of Americans are getting out of big cities in a movement that is being called by analysts as The Great Relocation. Entire families that have moved to urban areas over the past decades are now relocating to smaller, safer cities amid mounting social turbulence, another spike in confirmed viral cases, looming lockdowns, and the increasing cost of living. Many have reported to feel that harder days are coming, while others without a job and federal assistance had no choice other than leaving their homes to find more affordable housing elsewhere.
Additionally, knowing that eviction moratoriums are about to expire, over 300,000 New Yorkers have fled the Big Apple trying to avoid the rising turmoil and further economic stress, and those who have accumulated rental debt during the recession might soon be affected by a tragic homelessness crisis. In this video, we examine this disruptive phenomenon brought about by the current economic collapse.
Although over 70 million Americans have filed for unemployment benefits, the housing market is booming. However, due to a housing shortage, home prices are soaring like never before. The U.S. is facing a housing supply shortage. In some urban areas, the median cost of rental properties went up by almost 400% over the past decade. But while the average household income only rose by 64% over the past few years, home prices were up by more than 118%.
The substantial surge in housing demand and the massive migration away from metropolitan areas as a result of the economic downturn experienced this year has become a new phenomenon known as The Great Relocation. The chaotic events of 2020 have caused Americans to relocate by the millions. The trend has been particularly growing amongst families with children that are fearing for their kids’ safety, seeking better living conditions in small towns since big cities’ cost of living has becoming more and more expensive, and hoping to find a new job or, at least, affordable housing outside of urban areas.
The relocation trend was sped up considering many people moved away from virus hotspots or left cities because they lost their jobs amid the outbreak. Americans are looking for somewhere they could stretch their savings, relocating to places where the cost of living is relatively low. In New York City alone, over 300,000 former residents have permanently moved to new addresses in a continued mass exodus.
The total figure is likely much higher since the data points out that a single address change could include a multi-person household. After the widespread business shutdowns ravaged the economy of the city, the migration trend has been kicked off. And now that home office and remote schooling operations have been intensified, people are having less reason to stay in such a troubled environment.
More than half a million city residents who were employed in the retail, restaurant, services sectors have lost their jobs and cannot afford city rents. The late decision on re-opening public and private schools forced many families to relocate so they could make enrollment deadlines in districts where they were living during the outbreak.
A large share of New Yorkers simply relocated across the way to New Jersey, Long Island, and Westchester. Earlier this summer, Upper West Side residents complained about two homeless shelters that were installed in the area, affirming that an uptick in misdemeanors was registered in the region. However, as CDC’s eviction moratoriums are set to expire at the beginning of 2021, authorities have been alerting to a looming homelessness crisis.
However, it seems that class differences are just one of the polarizations generated by The Great Relocation. According to a survey, 42 percent of U.S. residents “would be hesitant to move to an area where most people have political views different from their own”. For other Americans, leaving the country entirely seems like the safest option. Immigration lawyers and expatriate organizations stated that Americans have been leaving the country or seeking foreign visas in record numbers.
Can we even blame these for wanting to leave a country whose economy only gets worse each day it passes? While some may have the opportunity to relocate to other cities and states or move to other countries, those who were left without a choice will face a much harder future. As Michael Snyder pointed out in his latest article: “the clock is ticking, and it appears that our day of reckoning is nearly here.”