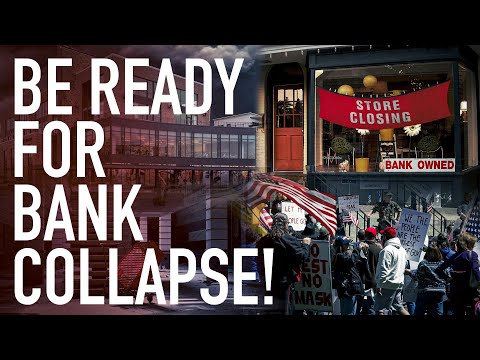 11 views
4 min read
Watch LaterRemove Cinema Mode
FacebookTwitterRedditPinterestEmail
Global wealth has been caught in an insidious trap and the next stock market crash is about to trigger the biggest wealth destruction ever recorded. That’s what market expert and writer Egon von Greyerz has recently described. In this video, we are going to analyze his sharp insights and his latest assessment that signals how investors’ wealth is doomed to collapse in such a catastrophic manner that resembles Hannibal’s battle against the Romans in 217 BC.
The global investment world is on the verge of being caught by the Hannibal trap. Around 218 BC Hannibal led his troops over the Alps and into Italy. Then he induced the Roman Consul Flaminius and his troops to follow him to Lake Trasimene in Umbria. The Romans followed him and his troops into a narrow valley on the northern shores of the lake. What Romans didn’t know was that they were marching towards their own downfall. After they were inside the valley, all sides were blocked. The Carthaginians were ahead of them, the lake was on their right and hills on their left.
Hannibal had hidden part of his light cavalry and his army up in the hills. So when Romans were ambushed into the valley, they were trapped and attacked from both ends with nowhere to escape. So if you’re wondering what Hannibal’s battle got to do with investors’ wealth in the present world, in the author’s view, it seems quite evident that they’re being led into a fatal trap without even being aware.
The health crisis was a fatal attack on an already impaired global economy. As we are getting closer to the end of an economic era in the world, at this stage, everything that can go wrong will. A widespread viral outbreak certainly fits that picture, since it could not have hit the world at a worse moment. The outbreak was like lighting a match and setting it next to a timebomb. In this case, the timebomb is the global financial system that at this moment is about to explode.
Since the burst of the crisis, major retailers, several leading businesses in the leisure, travel, and airline industry have been closing by the day and most of them were shut down permanently. Across the globe, hundreds of thousands of small businesses have closed for good and left ravaging effects on their owners’ finances. The destruction suffered so far makes the expert defend that the 21st-century economic depression is going to disrupt all levels of society.
But it’s at the very top of the global wealth pyramid that we have the biggest wealth trap in history. According to von Greyerz, there are about 2,200 billionaires in the world. Over the past three years, their capital has grown by a whopping 70% or $4.2 trillion. Their total wealth is now nearing $10.2t. However, the expert alerts that these billionaires could potentially lose at least 90% of their fortunes in the next 5 to 10 years, and not a single one of them is expecting this to happen or have been preparing for it.
This staggering level of wealth accumulation is being supported by a very weak foundation of debt. In other words, the world hasn’t created any net wealth. Quite the opposite, wealth has just been inflated artificially through credit creation and money printing in the same scale.
In his analysis, von Greyerz points out that one of the first steps to this tortuous downfall is the total debasement of the currency. Evidently, the path until this point won’t be linear. As currencies go down, we will witness hyperinflation first. On top of that, there will be an implosive burst of both the debt bubble and the asset bubbles in stocks, bonds and property.
All of the largest companies in the world are extremely overvalued right now, as he points out these are “fantasy valuations”. This is a consequence of governments’ and central banks’ adoption of money printing policies as a primary economic strategy. This money that is created out of thin air is the same that is used to support the stock market. Therefore, stocks are driven by liquidity, not real value investing. In short, this kind of debt-based liquidity is what has been driving up asset markets.
Now, we are set to a breakdown of extraordinary proportions, with a market correction that will slow down the profits run for years. And during a secular bear market, literally everyone is going to be a loser. Or as the strategist warned: Just like Hannibal slaughtered the Romans, the coming bear market is going to slaughter investors in an epic battle. Just wait and see.
Economic Collapse News