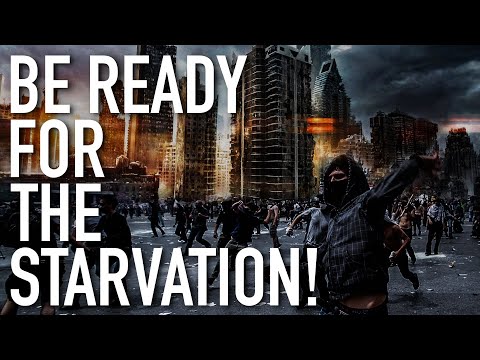 The Housing Debt Bubble Is Going To Burst: Be Ready For Housing Market Crash!

16 views
4 min read
Add comment Watch LaterRemove Cinema Mode
FacebookTwitterRedditPinterestEmail
The housing debt bubble is about to explode and bleed over the fragile U.S. economy. With nearly 100 billion dollars in accumulated debt, the housing market will face a lot more torment as another round of lockdowns is looming. Many determinants will play a decisive part in the burst of this massive bubble, and in this video, we’re going to analyze each and every one of them.
In a recent article, the economy expert Patrick Hill has described the events that will inevitably trigger the housing debt bubble burst. Hill argues that the initial push to this domino fall is the uncontrolled growth of the virus. This month, the U.S. had a 44% increase in daily registered cases, and while hospitalizations have been persistently rising in 42 states, new lockdown proposals are considering to shut down the entire economy for weeks.
When lockdowns close the economy, consequently, economic activity significantly contracts, particularly in sectors that rely on foot traffic. With limited operations or no functioning at all, and left without any revenue for weeks or even months, companies most affected by the lockdown are forced to let their workers go.
The labor market already faced several rounds of massive lay-offs. According to the Department of Labor data, right now there are over 22.6 million workers on continuing unemployment assistance. This level of unemployment is 22 times the 1 million figure from a year ago. However, millions of workers haven’t qualified for extended benefits and the total number of unemployed workers is much higher than those recorded by the federal agency, a much more realistic rate of unemployment is around 26%. Yet, a lot more trouble is coming for the labor market.
Last week, the World Travel & Tourism Council announced that 9.2 million jobs could be lost in the sector if barriers to global travel remain in place. And the lockdown hasn’t even been fully implemented in the U.S. yet, which means that the sector is only going to face more hardships from now on, unemployment rates will skyrocket, and as a result, personal income will sharply drop.
Previously, consumers’ personal income received assistance from several sources. But now, a substantial budget squeeze has begun. In the absence of a steady income and further federal aid, unemployed workers can’t find the means to make ends meet, and are missing rent and home mortgage payments. A study forecasts that by 2021the housing market will have accumulated at least $100 billion in rental and mortgage debt.
In face of a growing number of rental delinquencies, landlords are also dealing with extra pressure to afford their mortgages. And ever since the federal moratorium expired courts have been in favor of landlords’ demands and evictions rates are steadily climbing. Approximately 16% of all U.S. renters will face eviction by January 2021.
To avoid eviction, consumers are using credit cards to make their rental payments. This indicates that consumers only reallocated their debt from rent to credit cards, and while unemployed or on reduced income assistance, their debt shortly becomes unsustainable. Defaulting on their credit cards will hurt their credit score and make it more difficult to obtain other housing because they have an eviction record.
In this sense, while renters can’t meet their payments, their landlords still have to pay the mortgage on their building. And even though some small business landlords have demanded the eviction of their delinquent tenants to find a paying renter, by the 1st quarter of 2021, millions of people will have been evicted or will have poor credit, and finding another paying tenant will become a difficult mission.
That’s to say, since small business landlords are experiencing a sharp income decline and reduced prospects for new paying tenants, they will likely default on their mortgage. Likewise, homeowners are expected to default on their mortgages just as well. “With unemployment increasing and lockdowns forecast, there may be an increase in the number of forbearance plans,” Hill says “other homeowners who don’t qualify for forbearance are delinquent in making payments.”
All of these factors are being layered one upon the other, creating a perfect economic storm. Additionally, consumer spending is also expected to shrink in the first half of next year since the bottom 80% of consumers facing deep financial suffering.
For that reason, experts say that from now on, any periods of quietness in the markets are only going to be a pause for us to prepare for an economic catastrophe. This isn’t the end of the storm, it is just the eye, the worst is yet to come.