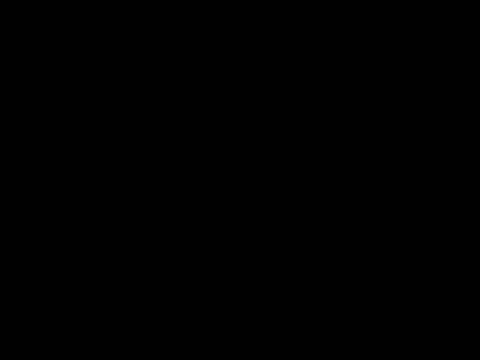 The Meat Shortages Are Going To Be Much Worse! Be Ready For Economic Collapse !!

11 views
5 min read
Watch LaterRemove Cinema Mode
FacebookTwitterRedditPinterestEmail
As many different sectors in the economy are facing massive output cuts in production, the food supply chain is also dealing with hardships, especially in a number of meat processing facilities around the globe.

In most states of the US, meat has become already rare to find in groceries and supermarkets, and when people do find them, they’re limited to purchase one or two items – a modern version of food rationing, based on the effects of the current health outbreak.

With many workers getting infected by the virus and many of them sent to lockdown to avoid even more contamination, many meat processing industries are shutting their activities down, leading to an increase in meat shortages in the whole world. In a recent survey made by USA Today, it was shown that American slaughterhouses are processing roughly 1 million fewer cattle, sheep, and hogs than it did only a year ago, accelerating the drop in meat production by 25% last week, as reported by the US Department of Agriculture, and a 42% drop compared to the same time a year ago was marked on this Wednesday.
Big meat processing corporations are worried about the constant threat of a class-action lawsuit if they decide to reopen during this infectious collective crisis without any health and safety standards for their employees that are actually approved and enforced by the American government.
Just as the CEO of the National Cattlemen’s Beef Association (NCBA), Colin Woodall, has been calling for unity and support among industries, producers and the administration in face of the impacts of this disruption on the meat supply chain across the country, declaring that “at the moment, it is impossible to measure all the effects of the disease or to determine how it can continue to develop. Although the entire beef supply chain is being challenged by the outbreak, all segments of the industry are working together and must continue to do so.”
He continued by mentioning that this current uncertainty faced by beef producers is shared by all agriculture workers and by all Americans, but he believes that if all sectors work together, it is possible to overcome these obstacles. However, the government must act soon, otherwise, it can take months to re-establish this market.

It seems that America is falling behind in taking care of their own livestock and agricultural food chains. If leaders delay to step in and create regulations allowing the work in these industries to continue, the market devastation will only increase as the dissemination of the illness drags on.
Whereas, the US Department of Agriculture (USDA) has been deeply criticized for letting millions of pounds of food rot at the same time that numerous food banks were struggling to keep up with their colossal demand. The Agriculture Department is tumbling behind other federal agencies in its crisis response, as reported by Politico last Sunday, that it took them over a month to “make its first significant move to buy up surplus fruits and vegetables — despite repeated entreaties.”

Another aggravating factor is that many pigs, chickens, and cattle are being put down while no action is properly enforced. Reuters recently published an article exposing that these animals are likely to be euthanized because they can’t be sold. Forbes explained that many “dairy farmers are trying to decide between dumping their milk and selling their dairy cows for beef. Contract chicken growers on the Eastern Shore have been asked to “depopulate” nearly 2 million chickens. Hog farmers in Iowa and Minnesota are starting to euthanize their pigs. For contract and cooperative farmers – producers in the food system who are obligated to a larger entity – the options are limited.”
Either way, the senior vice president of the feed business at the National Grain and Feed Association (NGFA) told FeedNavigator that the company is reaching out President Trump to take actions to facilitate the conditions of workforce with health measures and practices that could allow businesses to restore their operations, as he had suggested the implementation of non-medical-grade face coverings, disinfection and sanitation supplies, temperature monitoring devices, and antibody testing among other measures to re-establish the confidence among employees and consumers. Besides, he defends that there must be a support system for the industry to avoid economic collapse, for instance, providing tax incentives and including a payroll tax holiday to encourage workers of the food and agricultural sectors to remain at their job posts, preventing even more fractures in an already fragile economic scenery.
With all that said, it is clear that there are options that could help weaken the impacts of this crisis and if we ever have to face a massive food shortage because of it, it will be related to the competence of our representatives in assessing the issue.