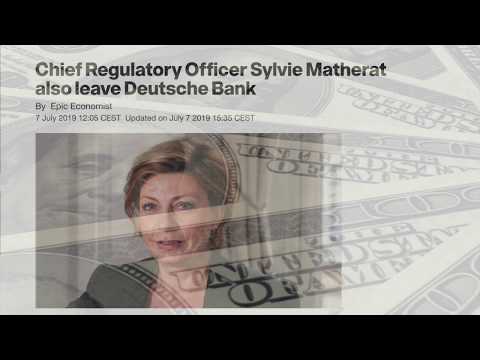 8 views
5 min read
Add comment Watch LaterRemove Cinema Mode
FacebookTwitterRedditPinterestEmail
In this video, we will discuss the latest and most dire official data on this economic collapse. We’ll tell you just how we got here, and what to anticipate in the months ahead as our economy and financial systems continue to unravel.

Headlines across the country have been declaring that Q2 of 2020 was the worst quarter ever, and although it sounds like an exaggeration, the concerning reality is that this statement is entirely true. The period that began in March and ended in June saw the United States economy collapse by nearly a third–32.9 percent. This officially marks the greatest crash in gross domestic product (GDP) in the 73 years that records have been kept on this indicator.

Even the economic catastrophes in recent history have been dwarfed in comparison. During the worst moments of the Great Recession, which occurred in the fourth quarter of 2008, the GDP only dropped 8.4 percent. The catastrophe we are facing now is roughly four times larger in scale. For those that remember the pain of the last collapse over a decade ago, the idea that the hardship could increase fourfold is hard to imagine.

During one year of the Great Depression–1932–the GDP experienced a staggering 12.9 percent contraction. If we continue on our current trajectory, what’s to come would surpass even the greatest financial catastrophe in American history.

This crash has also brought an 11 year expansion to its end, the longest period of economic growth in US history. Many optimistic experts saw nearly limitless potential for the continued prosperity of the world’s largest economy, but it is now clear that that era is slipping away. The latest indicators fit perfectly with the widely accepted standards for a recession, two quarters in a row of declining growth. The first quarter of this year also saw a contraction of 5 percent.

If there is any positive to take away from the unprecedented drop in the country’s GDP, it’s this. The 32.9 percent statistic is an annualized rate. That means it shows how much the economy would contract if the same conditions seen in the period from March to June were extended until the end of the year. Quarter over quarter, there was a slightly less terrifying but still dire 9.5 percent decline in GDP in those 4 months. Even that seemingly modest number of 9.5 percent corresponds with a $1.8 trillion drop in GDP.

Here are just a few of the indicators that suggest we shouldn’t be so quick to dismiss the drastic annualized rate.

According to official data from the US Labor Department, the country’s unemployment rate peaked at 14.7 percent in April. That month alone, over 20 millions jobs disappeared in the wake of business closures and stay at home orders. Like many pandemic-era statistics, this one was a record breaker, the largest decline in available jobs since the tracking of the figure began 80 years ago. Despite slight recoveries as some businesses reopened their doors, there are still 15 million fewer jobs now than there were in February. And expert analyses have painted an even bleaker picture than the official data, estimating that as much as half of the population was jobless at the worst points of the pandemic.

Even if the many issues simultaneously plaguing the United States can be brought under some level of control, a recovery won’t come easily. In its attempt to bail the country out of extreme financial instability, Washington has pushed trillions of dollars in stimulus payments to individuals and businesses alike. Among the emergency aid measures were unemployment benefits, loan programs, and eviction moratoriums.

As a result, economists anticipate a much stronger third quarter, during which we will finally see evidence of that V-shaped recovery, or so they say. The Federal Reserve Bank of New York, for one, forecast an annualized 13.3 percent leap between July and September.

This would mean that the stimulus injections are working. But while they successfully delayed financial ruin for countless Americans, the government’s emergency aid policies also came with a hefty long term price tag.

We have gotten ourselves stuck in a no-win situation. If partisan politics can be set aside and an agreement reached, the gap in between aid expiration and new policies will result in a massive spike in poverty, homelessness, and food insecurity across the country. If further aid is passed along to the public, they will eventually have to face the side effects of so much reckless money printing.