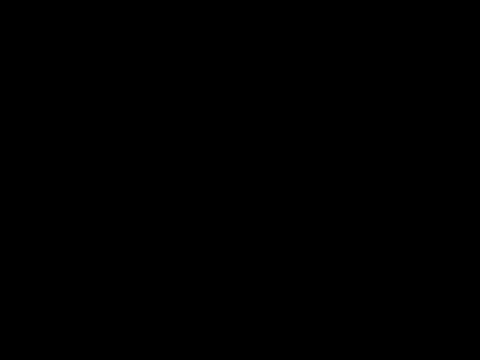 This Is Going To Be The Worst Winter For The U.S. Economy In Modern Times

7 views
4 min read
Watch LaterRemove Cinema Mode
FacebookTwitterRedditPinterestEmail
The darkest, toughest winter this country has ever experienced since the 1930’s Great Depression has just started. A new round of lockdowns is about to wreak havoc on hundreds of thousands of small businesses across the nation, pushing workers to unemployment days before a period that used to be marked by celebration and festivities. Americans are about to lose the aid that has been helping them to stay afloat during the current recession and many are having to make aching decisions in face of their lack of income and growing debt.
Living paycheck-to-paycheck, more than 60% of the population is about to face major struggles as the economic activity freezes once again. Over 33 million are already under stay-at-home orders and many more are to come since we seem to be at the worst peak of the outbreak ever registered. In this video, we expose the damaging effects of the shutdown of our economy on our businesses and our lives.
Amid a tragic spike in confirmed viral cases and hospitalization rates, several governors decided that the best they could do to prevent the situation from spiraling out of control would be to enforce rigorous lockdowns that have been choking the life out of our economic activity.
In California, Governor Gavin Newsom has issued a stay-at-home order and about 33 million Californians, which represents 84% of the state’s population, are going to have their right to free movement temporarily removed, being impeded from gathering indoors and outdoors, and having their daily lives significantly disrupted since hundreds of thousands of businesses are being obligated to shut down their operations.
The Orange County Supervisor Lisa Bartlett has described how some business sectors are being “unfairly punished” by the new regulations. A matter that should be the government’s responsibility through the enaction of efficient education about safe health measures and effective public policies that could indeed help to bend the curb has turned out to be a huge bill that is going to be ultimately paid by small business owners.
There are alternatives for the shutdown, but authorities waited for the situation to get calamitous to start taking action, and now that hospitals are completely overwhelmed governors seem to think that it’s reasonable to radically close some sectors of the economy without pondering about the consequences. Several small business that operated in California for generations and now are finding themselves on the verge of extinction.
Rory Cox, the founder of the San Francisco Small Business Alliance, said to be talking with numerous small business owners around the city, and every story is sadder than the next. Several Bay Area small businesses that survived the first round of lockdowns but were left hanging by a thread are currently facing their inevitable downfall. During the first time, outdoor dining was still allowed if owners and customers followed safety protocols. But this time around, there is no compromise.
The truth is, in spite of the strict rules, people didn’t stop gathering, they are just choosing different kinds of locations. Most of these private reunions have little to no regulation at all regarding health safety measures, which shows how the governmental response hasn’t been actually successful in mapping and controlling the surge of viral cases.
In fact, due to the massive wave of lay-offs prompted by the shutdowns, a recent survey found that one in four Americans, or nearly 63%, have disclosed not to feel that their income is stable. Living paycheck-to-paycheck since March, and without any further federal aid on the horizon, a quarter of the respondents to the poll affirmed they’ve built up over $10,000 in credit card debt while covering their expenses.
What used to be the most festive part of the year, is now becoming marked by the struggles of millions of Americans who are being forced to make aching decisions in face of the growing number of lay-offs during this holiday season. Each number on these rates has a name and a story. These workers have been relying on unemployment benefits that are about to expire the day after Christmas.
Authorities have stripped away any real prospects for an economic recovery with the enforcement of new lockdowns. And Congress doesn’t seem to bother in enacting another stimulus relief to ease the pain of those most affected by the economic downturn. Now, millions upon millions were left to struggle with the effects of a crisis that was perfectly avoidable, and unfortunately, there will be a lot more pain for our great workers and our once-great nation over the next chapters of this devastating economic collapse.