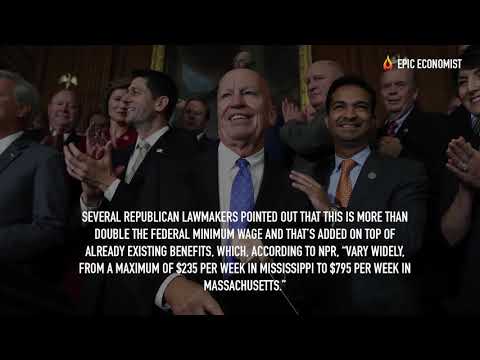 This Is The Economic Collapse We Have Never Seen Before

I have been warning about the very real possibility of an unprecedented economic collapse ever since the outbreak began. Some of you believed me and prepared accordingly, and some didn’t heed my advice. It doesn’t matter anymore, because I was, once again, unfortunately right.

America is now living through the most severe economic collapse since the Great Depression. In fact, the only thing that is keeping the current situation from being worse than the Great Depression is that financial institutions haven’t gone bankrupt yet. As soon as that happens, and it will happen, we’ll be facing a financial crash 5 to 10 times worse than the 2008 Crisis. Very soon, we will be living with the triple threat of economic collapse, stock market collapse and financial collapse. Do you think Americans are ready?
What’s worse, all of this could have been minimized if U. S. politicians, and especially Democrats, had not overreacted and butchered America’s response to this crisis. Yesterday, the United States Department of Labor released their latest report on unemployment claims. In the week ended April 18, almost four and a half million new unemployment claims were processed. This is over 6 times the peaks in previous unemployment crises and it brings the grand total of unemployed people to more than 26 million. According to Fox Business, this means the loss of “the entirety of the 22.78 million labor market gains since the Great Recession more than a decade ago”. They also report that “With a labor force that totals about 162 million people, the claims figures suggest the unemployment rate is about 16 percent, or roughly one in six Americans — significantly higher than the 10 percent peak seen during the 2008 financial crisis. The previous one-week high for jobless claims was 695,800 in 1982.” Moreover, the Department of Labor’s report only includes unemployment claims already processed by state officials, which means the number will keep growing during the next weeks, because many state unemployment offices have been overwhelmed. Hundreds of thousands of claims papers throughout the country are still sitting on some bureaucrat’s desk awaiting processing.
As the unemployment rate goes up, so too goes the number of continuing claims. “A person who has filed an “initial claim” for Unemployment Insurance (UI) and still doesn’t have a job a week later is added to “insured unemployment.” The number of the “insured unemployed” – often called “continued claims” – skyrocketed to 15.98 million, by far the highest in the history of the data series. The high before was 6.63 million in May of 2009”, Wolf Street reports. With this data, we find that the insured unemployment rate is now around 11%, significantly higher that he previous May 1975 7.0% record. However, this rate doesn’t include the many job seekers who have no unemployment insurance coverage, so we can expect the unemployment rate in the monthly jobs report to be far higher when it finally catches up. Surprisingly, a significant part of this massive increase in unemployment might actually be due to the CARES act passed by Congress. That’s because, under this act, many Americans will be bringing home much more money than they did when they were working. Now, you don’t have to be an economics expert to know that it isn’t a very good idea to pay people more to stay at home than to work. All of this is due to the Democrat’s insistence on getting a provision into CARES that gives unemployed people an extra $600 a week. USA Today reported that “The CARES Act includes a $600-a-week bonus until July 31 for those registered as unemployed. Why would people want to get back to work if they can earn more by just staying home?

Of course, this worrying economic situation is exactly what I had predicted on this channel that would happen if widespread lockdowns were implemented. The question is if such measures are really necessary or if they are doing more harm than good. Now, don’t misrepresent what I am saying as implying that we should trade lives for a strong economy, but if the lockdowns are unnecessary and counterproductive, why keep them? Of course, risk groups should be stay at home, but everyone else should be allowed to get back to work. As long as we make sure the hospitals aren’t overwhelmed, it is better for the economy and it also helps in developing herd immunity.

Do you think politicians will realize this? Or do you think they will not take the risk of infuriating the powerful mainstream media? Let us know in the comments below! And please share this video with your friends and family, so that they too can get the real news! Read the full transcript here: https://www.epiceconomist.com