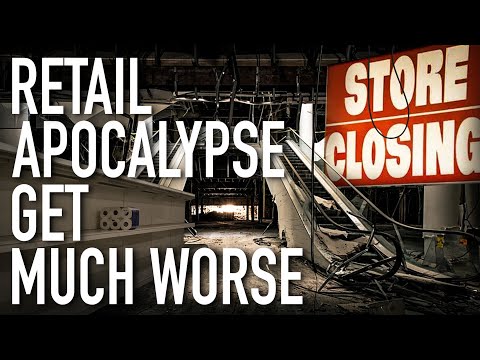 6 views
4 min read
Add comment Watch LaterRemove Cinema Mode
FacebookTwitterRedditPinterestEmail
New York’s hotel sector has been particularly hard hit by the health crisis, now 80% of all hotels in the city are at risk of defaulting their commercial mortgage bonds, worrying shareholders whether hoteliers will be able to meet their loans or if further debt and stress will be added to the industry. In face of lowering receipts, decreasing profits, mounting debt, and the lack of stimulus relief, hotel owners’ ability to pay their mortgage has been severely compromised.
Therefore, market watchers have been pointing to the CMBX series 9 as the Big Short 3.0, since its BBB- tranche has the highest exposure to hotels, becoming the best way to capitalize on the devastation unleashed by the crisis. For that reason, in this video, we analyze how the apocalyptic collapse of the hotel industry will likely provide billions in profits for investors.
The NorthStar Meeting Group released a dossier specifying the increasing struggles of the hospitality industry, prompting a tailwind blast for the CMBX 9 shorts. The group reported that some of the leading brands of the sector recorded substantial losses, including Hilton, Hyatt, and MGM Resorts, which respectively lost $81 million, $161 million, and $535 million last quarter alone.
New York City hotels have suffered the most from the damages brought by the health crisis. According to the latest Manhattan Lodging Index from PricewaterhouseCoopers, more than half – nearly 58 percent – of Manhattan hotels remain closed, and from those, approximately 2,700 are expected to be shuttered permanently.
Correspondingly, an article from The Wall Street Journal indicated that 20 percent of the state’s total hotel supply – or about 250,000 rooms – were on the verge of closing permanently. “At the beginning of the year, there were about 57,000 hotels across the U.S. Up to 38,000 of those could close in the next few weeks if Congress does not issue more aid soon,” said the American Hotel and Lodging Association.
Left without aid from Congress, 50 percent of all travel-supported jobs are on the hook and could be lost by the end of December. In September, the AHLA informed that 68 percent of hotels were already operating with less than half of their normal staff working full time. Additionally, more than two-thirds of hoteliers revealed they wouldn’t be able to last six more months at the projected revenue and occupancy levels, and without federal assistance, 74 percent of hotels said they would be forced to lay off more employees
Currently, four out of five New York City’s hotel properties underpinning commercial mortgage bonds are on the brink of default. The effects have resonated into financial markets and hit the almost $4 billion in hotel mortgages of New York that are bundled into commercial mortgage-backed securities exceptionally hard.
This week the state started imposing a new round of strict lockdowns, and even in a best-case scenario, in which a vaccine would be authorized, nothing would induce a sudden improvement of the sector this year, and possibly only by 2021, with the return of some tourism-related business the industry would regain traction.
Recent data pointed out that 37.7% of all New York hotels underpinning CMBS deals remain on a watchlist that warns investors when a mortgage is about to be reallocated to debt collectors known as special servicers. Loans are added to the watchlist considering many different reasons, such as if the borrower’s income has remarkably fallen on short notice or they have recently missed a payment on their mortgage.
However, an additional 44.7% of loans were already transferred to special servicers to either find a way to get borrowers paying their mortgage or to foreclose on the properties. That means over 80% of the city’s hotels backing CMBS deals, which account for nearly $3.1 billion, were deeply impacted by the outbreak’s effects, surpassing the national average of 71%.
Meanwhile, the S&P downgraded the previously BBB- investment grade-rated tranche of the deal, which is also widely exposed to retail properties, to the junk rating of B plus. That’s to say, the whole tranche will be in default as soon as the forbearance period expires. Market experts have been underlining the CMBS 9 shorting hotel-exposed as the Big Short 3.0 in credit and, in short, knowing the tables won’t turn anytime soon, loads of cash will keep being spilled into wealthy investors’ accounts while total chaos takes over our economy.
Economic Collapse News