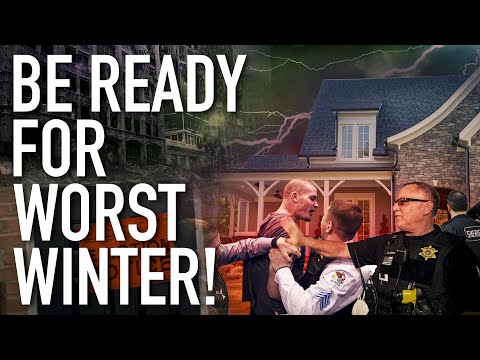 Tsunami Of Evictions Expected Across America: Be Ready For The Worst Winter!

18 views
4 min read
Watch LaterRemove Cinema Mode
FacebookTwitterRedditPinterestEmail
Analysts are warning that January is going to be a huge mess. America’s mom-and-pop landlords as well as millions of tenants will be in huge trouble as soon as safety nets that prevented mass evictions up until this point expire. Tenants haven’t been able to pay rent for months, and when the moratorium expires in December, all of their rental debt will come due. Tens of billions in back rent were accumulated, adding immense financial pressure on property owners and operators, some of whom have already failed to meet their mortgage payments, which could potentially prompt a firesale of properties next year.
Without a doubt, 2020 has been a nightmarish year, but this Christmas will be the worst for millions of Americans and their families, as all benefits that have kept them afloat throughout the hardest economic downturn the U.S. has experienced since the Great Depression are set to expire in a matter of weeks, which will likely result in a tsunami of evictions during a very dark winter – while a highly contagious respiratory infection is fast-spreading on the streets. In this video, we expose the latest data about the tragic homelessness crisis that is looming.
Family property owners and millions of renters have been hanging by a thread since the burst of the sanitary outbreak. At this stage of the crisis, Congress’ deadlock over the details of a new stimulus proposal is still lingering. But in the meantime, numerous households are falling into a housing abyss, and soon will find themselves in a treacherous limbo as the remaining safety nets are set to expire a few weeks from now.
Right after Christmas, enhanced unemployment benefits will be gone and nearly 12 million people and their families will have their main source of financial support removed from their reach. Days after that, on New Year’s Day, the CDC’s eviction moratorium is scheduled to lapse, and those who have been protected by it may be dragged by the massive wave of evictions that have already started to form.
According to recent estimates, from one day to another, a whopping $70 billion bill of unpaid back rent and utilities will come due. Bloomberg projections estimate that 5.8 million households could face eviction by early 2021, while the Aspen Institute says that, overall, up to 40 million people could be pushed out of their homes in the coming months.
However, even though the main focus of the housing discussion has been about tenants’ circumstances, the lack of rental payment is leading mom-and-pop landlords to a financial cliff. Oftentimes, landlords have been spending their retirement savings to cover the expenses of their properties since no money is flowing in.
A recent survey showed that 40% of small landlords affirmed that they expected to have to sell their units in the months ahead due to the damages generated by rental income losses. After the burst of the housing bubble that led to the Great Recession of 2007-08, small property owners that were deep in debt had to sell their properties to wealthy investors for a fraction of their actual prices. As Congress remains unresponsive to the urgent pleads owners and tenants have been making, it seems that the elites will absorb a large share of these properties into their monumental collection of assets once again.
Although the next administration has announced plans to enact another stimulus bill, no one is talking about the 20 brutal days between the expiration of the programs and the Inauguration Day, which is precisely when the free-fall will begin. Additionally, there aren’t enough talks highlighting the fact that millions are about to be evicted during the coldest season of the year, and while a highly contagious respiratory infection continues to fatally victimize hundreds of thousands of Americans.
Low-income tenants were particularly hard hit during the recession, and despite we have registered a decline in evictions in metro areas after the CDC’s eviction moratorium went into effect, that hasn’t stopped some landlords in some places to continue to file eviction notices for non-paying tenants.
According to the most recent figures, young Americans and children are also threatened with homelessness, as the latest U.S. Census Bureau survey has signaled that at least 25% of renters with small children are unable to pay their rent. In a moment when the country has 10 million fewer jobs than it had in March, almost 6.7 million renter households, or approximately 19 million people don’t have any means to pay their rent.
And while Congress keeps failing to take action, evictions, homelessness, hunger crises, and the continued collapse of America’s working-poor will continue to plague the economy. This crisis is far from over. In fact, all of these events signal that we’re headed to a much deeper and devastating recession.
Economic Collapse News