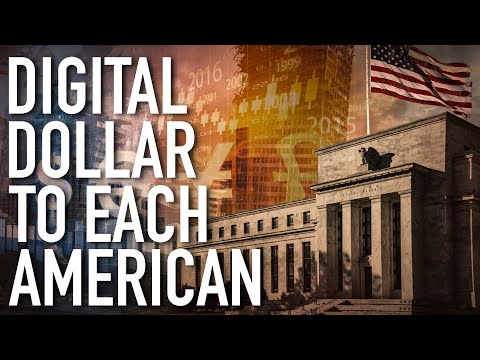 2 views
4 min read
Add comment Watch LaterRemove Cinema Mode
FacebookTwitterRedditPinterestEmail
The Fed has plans to create a hybrid digital legal tender, which differs from reserves that are stuck within the financial system, in that way, it could make direct deposits into US consumer accounts. How is that different from the previous forms of helicopter money? Essentially, it isn’t. Apart from the consideration that it would have direct access to consumers information regarding transactions and any other monetary proceedings. Nothing major, right?

Furthermore, Loretta Mester, Cleveland Fed president, has publicly stated in the Chicago Payment Symposium, in a section titled Central Bank Digital Currencies that the experience with the current health-crisis-related emergency payments “has brought forward an idea that was already gaining increased attention at central banks around the world, that is, central bank digital currency (CBDC)”. And after the unexpected reveal, she goes on explaining that the “legislation has proposed that each American have an account at the Fed in which digital dollars could be deposited, as liabilities of the Federal Reserve Banks, which could be used for emergency payments.”
The boldness – to say the least – of their proposal doesn’t end there. By launching in digital cash, the institution would manage to find a way to eliminate the “anonymous” physical currency in its entirety, and then be able to track every single banknote that they have created, knowing the destination of every transaction ever made during the whole time it was in action. And, at some point, the Fed could not only exterminate the digital currency when it becomes convenient, as it could practically disintermediate commercial banks because it would concede loans to US consumers and also deposit funds into their accounts directly, that is to say, the would have the power to make the whole traditional banking system obsolete.
So here we quote Loretta Mester’s detailing of the program’s functioning, published on the Cleveland Fed website, which explains that the proposal “would create a new payments instrument, digital cash, which would be just like the physical currency issued by central banks today, but in a digital form and, potentially, without the anonymity of physical currency,” admitting they can crack the public’s privacy data as they please. She continues outlining that “depending on how these currencies are designed, central banks could support them without the need for commercial bank involvement via direct issuance into the end-users’ digital wallets combined with central-bank-facilitated transfer and redemption services,” also acknowledging that it has the potential to separate itself from the current banking system and possibly crash its entire operation if it ever becomes fitting to their goals.
With all the evidence on the table, it’s possible to understand that the strategy of depositing digital dollars to all Americans gives the Fed powers that were once exclusive to Congress, meaning that they would be able to concede fiscal stimulus at its will, therefore, it will possibly boost a spectacular reflationary spike, since it is the lower-income segments of the American society that are the marginal price setters for economic goods and services.
The bank will have the perfect excuse to constantly keep the inflation high, while the American standard of living crumbles to the benefit of a small group of asset holders. To avoid being swallowed up by the huge federal debt, as ZeroHedge cleverly pointed out “the Fed is now finalizing the last steps of a process that revolutionizes the entire fiat monetary system, launching digital dollars which effectively remove commercial banks as financial intermediaries, as they will allow the Fed itself to make direct deposits into Americans’ “digital wallets”, in the process also making Congress and the entire Legislative branch redundant, as a handful of technocrats quietly take over the United States.” So don’t be misled by thinking their money will come without consequences, because this proposal will likely end the monetary freedom of the whole population, while it acts as a new surveillance system.