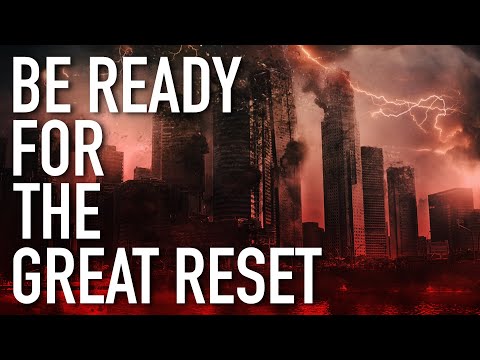 19 views
4 min read
Watch LaterRemove Cinema Mode
FacebookTwitterRedditPinterestEmail
The dooming bell toll of a finical crisis has been ringing for some time now, and an oncoming economic collapse should be no surprise, but is the corona virus the sole culprit?
World Bank chief economist Carmen Reinhart warned earlier this month that the financial crisis that was predicted at the start of the corona virus pandemic has now started to morph into a major economic crisis with ‘serious financial consequences’. Debt and financial frailty, which according to Reinhart were present before the pandemic, are starting to manifest in a more measurable way and the longer the uncertainty within the age of the coronavirus – the larger the balance sheet damage will be.

In the past 6 months the U.S. Federal Reserve has attempted to combat the finical lockdown systems put in place due to the pandemic by ‘creating’ a $3.4 Trillion bailout deal – one that leaves economist with serious acquisition on the source of the bailout money – especially considering it took nearly 40 years to accumulate almost $14 Trillion of national debt.
Meanwhile panicking economists are screaming in tandem that banks across Trans Atlantic must unleash ever more hyperinflationary quantitative easing which threatens to turn our money into toilet paper while at the same time acquiescing to infinite lockdowns in response to a disease which has the fatality levels of a common flu.
But let’s not forget about the $1.5 quadrillion of derivatives – which due to their speculative nature– only amount to a mere $80 trillion per annum in measurable goods and trade. Multibillionaire Warren Buffet once described highly complex financial instruments such as derivatives as ticking time bombs or “financial weapons of mass destruction” which allow investors to speculate on the future price of effects such as commodities or shares, but without actually buying the underlying investment.
Global corporate debt rose from 8% from 2009 to 2019 which doesn’t sound like much but it is close to a $72 trillion deficit. If you exclude the debt held by financial institutions, such as student & home loans, the debt racked up by non-financial companies this year is close to $14 trillion worldwide.
Common debts accumulated from personal education, auto loans and margages have skyrocketed due to wages not keeping up with inflation. People are becoming desperate to pay off loans, that on their current salaries, will seeming never get ahead of paying back in full. Industrial, middle class jobs in the US have been consistently declining since the instatement of the Brenton Woods system in 1971, which established a system that converted gold into the paper dollar, defining all global currencies “as good as gold” for trade. We are now looking at low paying service jobs as the norm and the gross domestic production in the US plummeting. What was made clear by the last report from the American Society of Civil Engineers states that America needs to spend in upwards of $4.5 trillion just to bring its decayed infrastructure up to safety levels. Roads, bridges, rail, dams, airports, schools all received near failing grades across the country. The domestic factories which once supplied those infrastructure needs, have long been outsourced overseas. At this constituted rate of decline all industrial skill and knowledge will die with the workers of the 1970’s.

The worst hit is likely the American farmers. Mega cartels have taken over huge aspects of farming from equipment, labor, supplies and packaging creating a loss of nearly 82% in farmer total annual income. This coupled with what the UN describes as the wort food crisis in over 50 years as the global food supply fallen dramatically on an international level since Covid took hold.
So how did this happen? Well an intention to induce “a controlled disintegration of the economy” as American economist Paul Adolph Volcker Jr. so unemotionally stated, the idea was always to create the conditions described by the late Maurice Strong (sociopath and Rothschild cut-out extraordinaire) in 1992 when he rhetorically asked:
“What if a small group of world leaders were to conclude that the principal risk to the Earth comes from the actions of the rich countries? And if the world is to survive, those rich countries would have to sign an agreement reducing their impact on the environment. Will they do it? The group’s conclusion is ‘no’. The rich countries won’t do it. They won’t change. So, in order to save the planet, the group decides: Isn’t the only hope for the planet that the industrialized civilizations collapse? Isn’t it our responsibility to bring that about?”